Why-Oh-Why Are We Punishing Health? 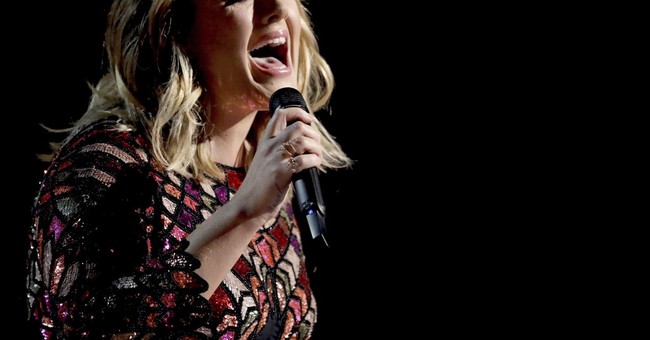 Every other child in America today is anticipated to be obese in adulthood, and the COVID-19 pandemic might be making things even worse. A study published in late May by Washington University in St. Louis finds that childhood obesity rates in the U.S. might rise by 2.4% if schools stay closed through the end of the year. Despite Americans’ redoubling efforts to lose weight, the average BMI is increasing. Dieting is hard, and few who try succeed.

Given these stats, you’d think that praise and encouragement for healthy choices would be considered culturally acceptable. But, you’d be wrong. For an example, look no further than world-renowned songstress and 15-time Grammy winner Adele. In early May, the British sweetheart took to Instagram to post a photo of herself, thanking her fans for their birthday wishes and give a shoutout to essential workers. It’s a lovely photo—she’s clearly happy and doing well. Yet, the post was met with a great deal of outrage.

The reason? She dared to lose weight.

Adele has long been credited for shattering stereotypes in an industry dominated by slim figures. She broadened the range of acceptable body shapes and refocused the industry on the art itself, knocking critics’ socks off with her vocal range and haunting melodies of heartbreak. Then she made a conscious decision to slim down.

Her spectacular weight loss doesn’t shatter her legacy, but it does drastically decrease the singer’s odds of suffering from COVID-19, as well as a swath of other diseases. Excess weight is a contributing factor to a large and growing list of ailments, including heart disease, high blood pressure, diabetes and arthritis—all of which can lead to an early death. In all, obesity is associated with a decline in life expectancy of up to 14 years.

Yet, praise for Adele’s victory over those particular killers is apparently tantamount to “fat shaming,” a verbal assault on overweight people. “Celebrating Adele’s weight loss is a garbage thing to do,” one tweet read, because “it tells your fat friends you think their bodies are a problem to be solved.”

In a culture that prizes individual expression above all, we’re told to observe Adele’s healthful lifestyle change silently and from a distance, lest we motivate others to follow suit.

Some argue that the distress brought upon the victims of “fat-shaming” is more lethal than obesity itself. Since “fat shaming” can’t be quantified, though, no studies can prove that claim. What has been proven, however, is that obesity is associated with the two leading causes of death in our country, and that obese people are 60% more likely to suffer from depression than people of average weight.

There’s a world of difference between “fat-shaming” and showing caring support for family and friends. The latter has never been more essential to maintaining health, especially since we’re not getting that kind of support from our current healthcare system. Today, the sicker you get, the more treatment you undergo and the more money that providers get to pocket. Furthermore, as I was told by Dr. Marion Mass, a pediatrician based in Pennsylvania, physicians are “disincentivized from counseling patients on how to take care of themselves.”

Marion notes that physicians’ time with their patients has significantly declined, and that the documentation requirements imposed by the government through the Merit-based Incentive Payment System (MIPS) constrain their ability to care for patients by placing no value on wellness advice.

Not everyone has been dealt the same hand when it comes to health. Some people have genetic diseases that lead to obesity. Single parents, people with disabilities (and those who care for them), and anyone who’s ever had a stressful week knows the challenges of staying healthy. But generally, obesity results from food and exercise habits. Our healthcare system can’t do much about those—nor, unfortunately, is it designed to. If we really wish that doctors and drugs did a better job helping patients, then condemning individuals who manage to get healthy on their own is counterproductive.

We should love people exactly as they are, all the while encouraging them to be their best, healthiest, happiest self.

The ancients had it right. Mens sana in corpore sano: a healthy mind in a healthy body.

Shaming people for their weight has no place in our society, but neither does giving up on the long-term wellbeing of our heavier friends and family members. Far too many people are unhealthy, and the failings of the healthcare system carry a great deal of the blame for that. But much like when it comes to protection against the virus, losing weight may be the best remedy against a deficient healthcare system until it finally serves patients.

Elise Amez-Droz (@eliseamezdroz) is a Young Voices contributor and a healthcare policy manager in the Washington, D.C. metro area.