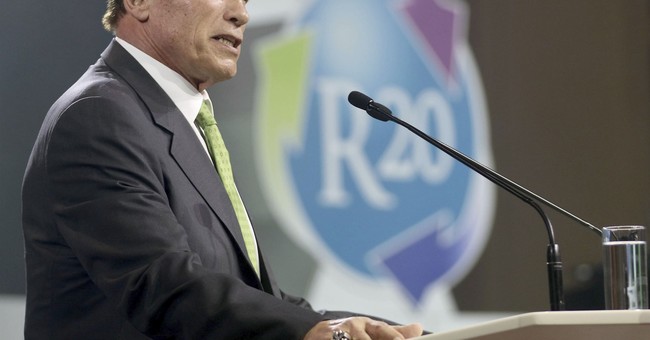 Arnold Schwarzenegger, the Hollywood celebrity, fitness icon, and former California governor, was randomly attacked by a stranger at a sporting event in South Africa earlier today, but he says he is feeling "fine" after the "idiot" attempted to dropkick him.

The video was first posted by Nick Monroe, which showed Schwarzenegger posing with fans as somebody hurled their body at the 71-year-old man. Security guards then tackle the assailant as the video jostles around.

Another angle shows that "The Terminator" barely moves.

ANOTHER ANGLE on the Arnold Schwarzenegger attack (posted by @Benlanga4) pic.twitter.com/zDAuQgReq3

Apparently, Schwarzenegger himself was not even aware of what happened until he saw that video.

"Thanks for your concerns, but there is nothing to worry about. I thought I was just jostled by the crowd, which happens a lot. I only realized I was kicked when I saw the video like all of you. I’m just glad the idiot didn’t interrupt my Snapchat," he tweeted.

The Arnold Classic is an international bodybuilding and weight lifting competition that is part of Schwarzenegger's larger sports competition enterprise. "The Arnold Sport Festival hosts multi-sport festivals on six-continents each year, including the Arnold Classic Africa, which takes place in Johannesburg, Gauteng, each May," according to its website.

"Three years ago, four South African bodybuilding and sports enthusiasts collaborated to make the Arnold Sports Festival a reality on the African continent under the broad theme ‘My Sport, My Passion’. In partnership with the Gauteng Provincial Government and the SA Sports Confederation and Olympic Committee (SASCOC), Arnold Classic Africa affords athletes the opportunity to compete in an international competition, against participants from all continents, in Africa," the website adds.

It is unclear why the namesake of the competition was attacked.