Lori Loughlin Has Already Left Prison and People are NOT Happy 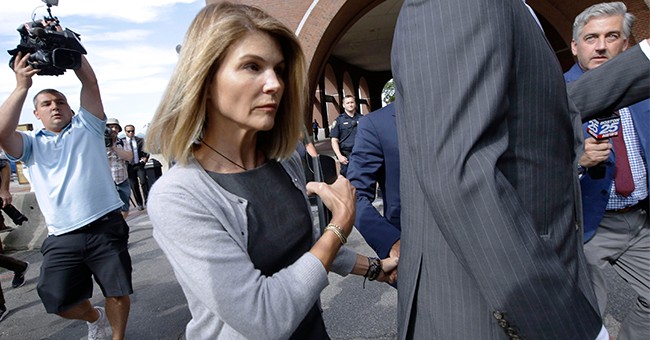 Former "Full House" actress Lori Loughlin and her husband fashion designer Mossimo Giannulli were convicted for paying over $500,000 to get their daughters into the University of Southern California by posing as rowing recruits. Neither of the young women were rowers.

After initially rejecting a plea deal, Loughlin and Giannulli finally pled guilty in May of this year. Loughlin was sentenced to two months in jail, as well as two years of supervised release, 100 hours of community service and a $150,000 fine.

And her two months are up.

“Full House” actor Lori Loughlin was released from prison Monday after spending two months behind bars for paying half a million dollars in bribes to get her two daughters into college. https://t.co/T4xVxErxB1

Lori Loughlin has completed her two-month sentence in federal prison for conspiring to pass her daughters off as rowers so they would be admitted to USC. She must also complete 100 hours of community service and pay a $150,000 fine. https://t.co/of5qvCGaNO

Social media users were outraged that Loughlin appeared to be getting off easy because of her "privilege," considering the size of her crime. Others suggested that the actress pay the full tuitions of students who were likely denied admission to USC because of her collusion.

Why is she released? Another example of might makes right and privileged. The two of them are reprehensible, why do something like that to your kids? Shows they didn't have any faith in them and they were massaging their own egos. I'd love to know why she was released.

If she wasn't Loro Loughlin she would have done 10+ years.

How about she pay full tuition for two students who were denied admission slots bc of her big $$$$?

Giannulli is still serving his 5-month sentence in Lompoc, California, putting his release date around mid-April. One of their daughters, Olivia Jade, recently spoke out on the scandal on daytime TV. She called herself "the poster child of white privilege" and admitted that her family "messed up." But she felt like she "deserves a second chance to redeem myself, to show I've grown."

Felicity Huffman, the other actress to be caught up in the 2019 college admissions scandal, served 11 days behind bars for paying to get her daughter's SAT scores changed.