Lori Loughlin's Daughter Speaks Out on Her Parents' College Scandal 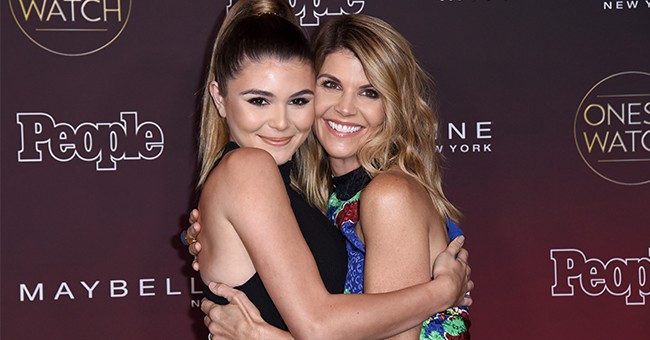 Olivia Jade Giannulli, the daughter of actress Lori Loughlin and fashion designer Mossimo Giannulli, spoke out for the first time about her parents' role in last year's college admissions scandal. Loughlin and Giannulli shelled out $500,000 to have their daughters pose as rowing recruits for the University of Southern California. They are currently serving out their prison sentences. Giannulli was sentenced to five months in prison, while Loughlin was sentenced to two months, as well as two years of supervised release, 100 hours of community service and a $150,000 fine.

Giannulli says she found out about the scandal by searching her mom's name online.

"I was sitting with a group of friends, and I knew any second everybody was going to know too, if they didn't already," she said. "And I remember just like freezing and feeling so ashamed, I went home and hid myself for probably like three or four months."

Olivia Jade, daughter of actress Lori Loughlin and fashion designer Mossimo Giannulli, is breaking her silence on the college admissions scandal that transfixed the nation last year. @MeaganNBC has the details. pic.twitter.com/IolILXJYcN

The college student said it was a gut punch to learn that her admission to the school had been manufactured.

"I wasn't aware of what was going on," she said. "I did work hard and when this did come out, I was a little confused...If only people knew how bad I feel that this happened."

Later in the interview Giannulli called herself "the poster child of white privilege." She admitted that her family "messed up" but she feels like she "deserves a second chance to redeem myself, to show I've grown."

Loughlin's fellow actress Felicity Huffman was also found guilty in her role in the college cheating scandal, paying to have her daughter's SAT scores improved. She tearfully apologized for her behavior and served 11 days behind bars.