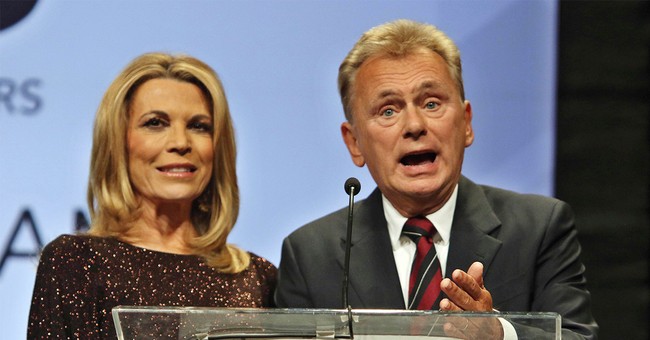 When it comes to "Wheel of Fortune" host Pat Sajak, most people would agree that he's as happy-go-lucky a host as any on television. But his recent behavior toward contestants has fans wondering if he has finally had enough of the wheel and is beginning to snap.

Watch the first testy exchange he had with contestant Darin McBain in November after the latter said no one actually uses the winning phrase, "kitchen oven."

Sajak would apologize to the surprised contestant a few minutes later.

A week or so later, Sajak stared down a contestant for trying to one-up him on a fencing pun.

And in the same week, he snapped at another unlucky contestant for "interrupting" him while he was doing a plug for Dick's Sporting Goods. Again, it was hard to tell whether or not the host was being serious or playful.

"Never interrupt me," he told the contestant, Sheryl. "Never, never interrupt a plug. You can do anything else but don't interrupt. I'm sorry, what'd you want to do?"

Whether or not it's all in good fun, Sajak's behavior is starting to turn off fans.

"My goodness @patsajak, please be kinder to your contestants," one Twitter user pleaded. "What has happened to you? yikes." Others called him "bitter" or "feisty."