Everything That Went Wrong with 'Cats': The Movie 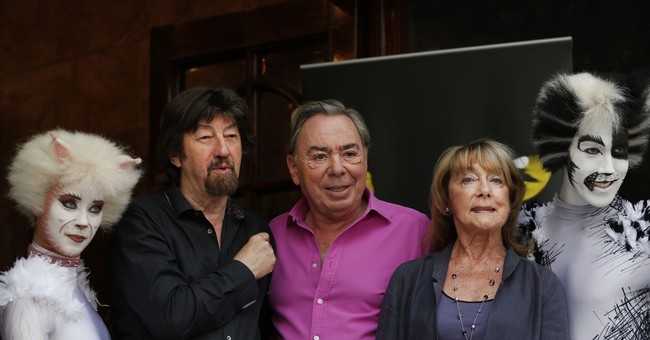 It's one of the most iconic musicals of all time, but it will now also be remembered as one of the worst movies of all time. I'm talking about "Cats," and just about everything that could have gone wrong for Universal Pictures and director Tom Hooper did.

The original play, created by Andrew Lloyd Webber, was a hit thanks in large part to its unique plot and killer soundtrack. Admittedly, the plot is a bit odd. A group of Jellicle cats are on their way to the Jellicle ball, where one cat is to be chosen by Old Deuteronomy to be sent to the Heaviside Layer, cats' equivalent of Heaven. What is a Jellicle cat? Well, there's a song in which the cats answer that question, but it's best not to ask. It's been years since I first saw the play and I still can't tell you. There is precedent for all this strangeness. The story is based off of author T. S. Eliot's Old Possum's Book of Practical Cats.

Those who are turned off by the plot may at least be drawn in by the music. "Memory," sung by the outcast cat Grizabella, is one of Broadway's most hauntingly beautiful ballads. Oscar winner Jennifer Hudson is tasked with singing the song in the film, and while she nails all the notes, her voice was clearly not enough to save the motion picture from Universal Pictures and director Tom Hooper.

Like many fans, this isn't the "Cats" I remember. The first, most noticeable issue, was the CGI, which makes the cats look creepy and disproportionate. The most amusing article we've seen about the visuals is The Ringer's 66 questions about the "Cats" trailer. My personal favorite was No. 9, regarding Dame Judi Dench's character: "Why is she wearing a fur coat, if she has natural fur all over her body?"

In fact, the CGI was so disturbing, that producers made the "unprecedented" decision to send a new version of the film, one with "some improved visual effects," to theaters across the country.

As mentioned, Dame Judi Dench is in the film and critics were understandably confused about her fur coat. But that turned out not to be the most egregious error regarding her character. In one of Old Deuteronomy's scenes, Dench's real, human hand is resting on her fur. Seriously. It puts that "Game of Thrones" coffee cup to shame.

This isn’t a joke: CATS was rushed into theaters before being finished so a new version is being sent to theaters with updated effects. How do you know if you have the old version? Look for Judi Dench’s human hand, wedding ring and all. pic.twitter.com/VDUOevePU9

Maybe all of these errors could be forgiven if it was actually a good movie.

But it's not. It's actually bad. Like really bad.

"Cats" is currently stuck at 19 percent on Rotten Tomatoes. Some of the reviews appear to be more entertaining than the film.

"True story: I got home after seeing CATS and couldn’t look my own cat in the face for a good hour or two," declared Los Angeles Times's Jen Yamato.

"Cats was made as a last ditch effort for a multimillionaire hollywood executive to connect with his adult furry stepson. this is the only explanation that makes sense," wrote another on Twitter.

Put all the problems together, and you can understand why we're seeing reports that "Cats" is expected to suffer a $100 million loss at the box office.

Thankfully, the talented cast has already moved on to other projects, and it seems like they'll be just fine. Jennifer Hudson is next starring in "Respect" as legendary singer Aretha Franklin, Taylor Swift has a new Christmas song out, James Corden still has a popular talk show, Idris Elba is still one of our favorite leading men, and Dame Judi Dench is, well, still Dame Judi Dench.

It's a new year, so I'm sure they can all put this behind them! And it can't happen soon enough. This is one memory that I'm sure Sir Andrew Lloyd Webber will want to forget.