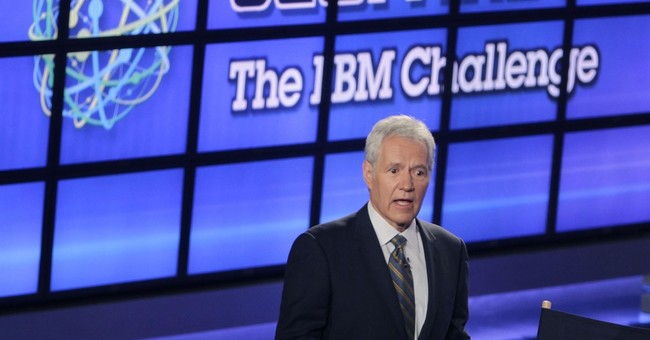 A new record was set on the popular American game show "Jeopardy" this Tuesday.

In total, Holzhauer has won $244,365 in a four-day streak. Host Alex Trebek made a comparison to Ken Jennings, who had earned more than $2.5 million during a 74-game winning streak in 2004.

Holzhauer has been a professional sports gambler since 2006, at first focusing on baseball before gravitating towards football, basketball and hockey. He earned a bachelor's degree in math from the University of Illinois, which explains the numbers he's able to crunch.

"Now I focus largely on in-game betting, where the oddsmaker often struggles to put an accurate line with only few seconds to think about it," Holzhauer told ESPN in an email. "I think my work is similar to an investment back, except that I'm the analyst, trader, fund manager and day trader all into one."

"I'm proud that I've found success in many different fields of sports betting," he continued, "but the most important thing about my work is the freedom it gives me to travel and spend time with my family, which I would never have a nine-to-five -- although maybe not on a college football Saturday."

Holzhauer, who has previously appeared on "The Chase," another game show, has made some bets as shoutouts to his family. In his Day 1 victory, he wagered $3,268 as a birthday greeting to his 11-year-old nephew, Jack, who was born on March 26, 2008.