Biden’s Eviction Moratorium Only Hurts Middle-class Landlords Like Me

Young Voices Contributors
|
Posted: Jan 30, 2021 12:01 AM
Share   Tweet
The opinions expressed by columnists are their own and do not necessarily represent the views of Townhall.com. 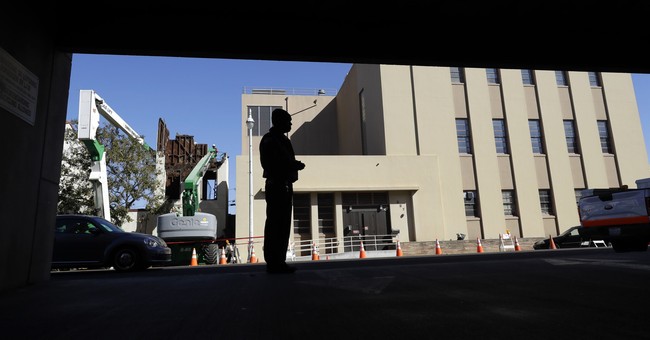 To much aplomb from the public and to the great chagrin of landlords everywhere, President-elect Joe Biden announced plans to extend the eviction moratorium to the end of September. The measure, of course, was meant to protect 40 million Americans facing homelessness as a result of the ongoing pandemic. But Biden’s move isn’t just sticking it to greedy, rich landlords with an eye putting poor people on the street in times of crisis. After all, the white-collar landlords will make it out of this alive. No, this moratorium is just leveling middle-class landlords like me.

Since I couldn’t afford a single-family house, I bought a multi-family house with tenants in Buffalo, NY last January. The idea was to live in the smallest unit and rent out three other units in order to pay the mortgage. Of course, my income has shrunk considerably as a result of the crisis and I can no longer cover the mortgage with rental income. Plenty of other landlords are in the same position as me—and it’s not clear what the solution for us is.

When I started this project, I didn’t intend to merely function as a landlord. I wanted to revive a Victorian house and provide the community with affordable, pleasant housing. I took pride in reviving a once-thriving neighborhood of West Buffalo. Many landlords in my area are doing the same thing.

Indeed, America’s rental market in this country mostly consists of mom-and-pop ventures like mine. Many invest their life saving, take a mortgage to buy their second house, or, like most of my friends who live on Long Island, rent out parts of their houses just to cover their property taxes. In fact, individual investors make up 77 percent of small-building units and 40 percent of the total rental market. About a third of individual landlords are from low-to-moderate- income households. Having to go unpaid for what, now, looks like 18 months will be devastating to those families.

U.S. renters owe an estimated $70 billion in back-rent. Biden’s budget proposes $30 billion in rental assistance, which is not even half of the money currently owed. So, it is unclear what the plan is for the rent debt accumulated during the pandemic.

Although the new eviction moratorium also prohibits lenders from foreclosing, a mortgage is just a part of a landlord’s expenses. Rental properties still need regular maintenance. Even small accidental repairs, such as water leaks or minor breaks that are a routine part of house maintenance, are now a burden for landlords who have essentially lost their income. Maintenance alone can be a burden. It is estimated that for landlords, who have four or fewer units, annual operating expenses per unit range from $4,600 to $5,400. That’s in addition to still needing to pay property taxes.

If the president moves to disburse the rental assurance through expanding Section 8 program, which he seemed to favor during the election, he still won't solve the problem. Section 8 ensures that qualified tenants don’t pay more than 30-40% of their income—leaving landlords with a fraction of what they are owed and no way out.

There are other issues beyond nonpayment that might prompt landlords to want their tenants out, such as destruction of property or noise. Last November, I had to pay my problematic Section 8 tenant, who already owed $1000 in back rent, $1100 in cash just so that they would move out at the end of their lease. Essentially, I had to buy my own property from people who didn’t own it.

Landlords like me aren’t coming from money. Indeed, many of us are lower-to-middle-class households that provide a service, just like grocery stores or gyms. No one is asking them to do it for free. Several others rent out properties in the communities that they live in or grew up in. For us, this isn’t just a business—we are sharing our homes with people. What’s more, we’re investing and preserving the communities by improving existing properties and investing back in our hometowns.

Instead of mandating landlord-tenant relationships, the new government should focus on how to get people back into the workplace and reopen businesses. Stripping landlords of property rights isn't the answer. After all, like far too many small businesses in the last year, many landlords are sure to have lost their homes at the end of the pandemic. The government has already bungled things for Americans for the past 10 months—what will it possibly do for us then?

Jen Sidorova is a Young Voices contributor and a policy analyst at the Reason Foundation. You can find her on Twitter @Jen_Sidorova.