Welcome Back Football, But Leave Subsidies on the Bench

Young Voices Contributors
|
Posted: Oct 21, 2020 12:55 PM
Share   Tweet
The opinions expressed by columnists are their own and do not necessarily represent the views of Townhall.com. 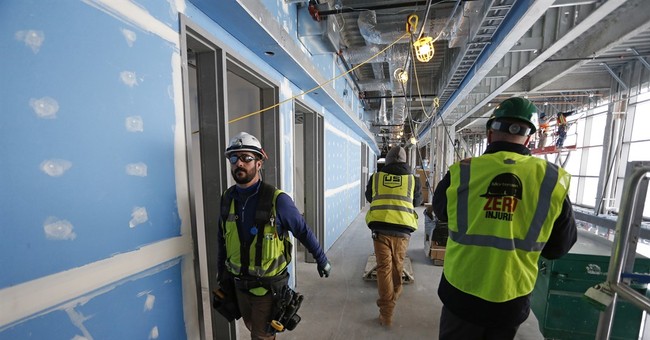 Editor's Note: This column was authored by Skip Estes.

It’s official: football Sundays are back. Last month the Las Vegas Raiders officially unveiled their new, state-of-the-art home at Allegiant Stadium. With a sleek, black 275-foot videoboard that looks like it belongs in the Death Star and a real grass field grown atop a track that allows it to be rolled outside for sun exposure, the facility cost $1.9 billion — a pretty penny. Yet, the Raiders organization is not breaking a sweat over the astronomical cost of their new stadium. Why? Perhaps $750 million in taxpayer dollars has something to do with it.

Prior to 2017, Las Vegas, “The Entertainment Capital of the World,” surprisingly lacked a single high-revenue professional sports team. During his tenure as Clark County commissioner, now-Governor Steve Sisolak made bringing professional sports into Las Vegas a goal of his administration. To that end, Clark County issued $750 million in municipal revenue bonds to secure the Oakland Raiders’ relocation to Las Vegas, becoming Nevada’s first NFL team. All the Raiders had to do was purchase a stadium construction site and pony up their share of the estimated construction costs. Altogether, this deal allowed the Raiders to pay only 61% of the total bill on the most expensive stadium ever built for a team.

Clark County originally planned for the $750 million in bonds to be repaid with a room tax surcharge on Las Vegas hotels. But critics noted this deal would only work under rosy economic conditions.

With the COVID-19 economic shutdown, Clark County now faces a $315 million revenue shortfall for fiscal year 2021, but the amount owed to bond holders has not changed. And it’s local taxpayers that are on the hook. Nevada agreed to enact no further taxes on the team, players or football fans.

This is far from the first time something like this has happened. Arlington, Texas taxpayers forked over nearly $1 billion to pay for the new Texas Rangers’ Globe Life Park and Dallas Cowboys’ AT&T Stadium. Minneapolis taxpayers were on the hook for over $850 million to pay for the Minnesota Twins and Vikings’ new stadiums. Washington, D.C. taxpayers coughed up $300 million to pay for Audi Field, the most expensive soccer stadium in the United States. Localities taking on debt for dubious purposes is a widespread issue. The American Legislative Exchange Council’s (ALEC) State Bonded Obligations report finds states owe over $1 trillion in outstanding bonds. In total, it’s estimated state and local taxpayers have paid nearly $11 billion over the past 15 years to construct professional sport stadiums.

One could argue these deals make sense from a cost-benefit perspective, but the data disagrees. Researchers find stadium subsidies have nearly no return on investment. Economic activity from a sports stadium is often merely redirected from other local attractions, such as theaters or amusement parks. In Las Vegas’ case, every dollar spent at Allegiant Stadium is a dollar that could have been spent at a resort or casino. Consequently, the tax collection often cancels itself out. For example, the Atlanta Falcons’ Mercedes-Benz Stadium only generates $145 million annually in economic activity for a construction cost of $1.6 billion. Considering tax revenue is only a fraction of this amount, Atlanta sees even less for their $700 million investment.

Worse yet, when a team decides to find a new home, taxpayers are often left holding the bag. When the Oakland Raiders decided to relocate, Oakland and Alameda, Calif. still had $350 million in debt payments left from renovating Oakland Coliseum. They won’t finish paying off those renovations until 2025. The St. Louis Rams departing for Los Angeles is another example. St. Louis taxpayers were left with over $144 million in stadium debt and maintenance costs.

SoFi Stadium, the most expensive stadium ever built and home to the Los Angeles Rams and Chargers, came at no cost to taxpayers. T-Mobile Arena was built to house Las Vegas’ first high-revenue professional sports team, the Vegas Golden Knights, and was funded entirely with private dollars. These examples demonstrate professional sports teams will invest in a stadium if there is a market for professional sports, regardless of development incentives. Moving forward, state and local governments should avoid the negative consequences of lopsided sports development deals and leave stadium subsidies on the bench.

Skip Estes is legislative manager at the American Legislative Exchange Council and writes on a variety of nationwide tax and budget issues. Follow him @Skip_Estes.