Young Voices Contributors
|
Posted: May 07, 2019 9:29 AM
Share   Tweet
The opinions expressed by columnists are their own and do not necessarily represent the views of Townhall.com. 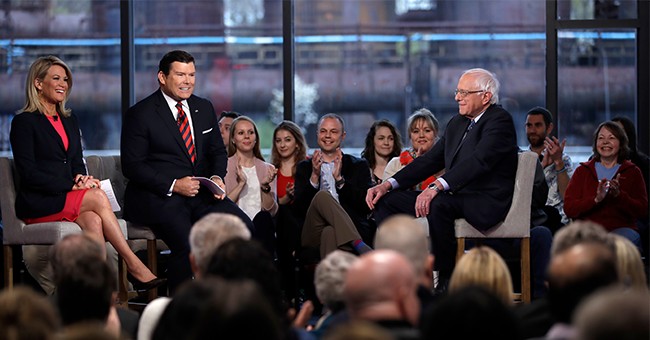 Like much of the millennial generation, I would prefer to avoid political participation and the baggage that comes with it. But my view is changing in light of the surprising civility and bi-partisanship demonstrated in the recent Fox News town halls featuring Democratic presidential candidates. These events and the constructive conversation they have fostered give me hope for the 2020 election—and my generation’s participation in it.

Millennials could swing the 2020 election. We’re projected to overtake Baby Boomers as the largest living generation in 2019, and will represent 27 percent of eligible voters by the 2020 presidential election.

But we don’t show up to vote. During the 2018 midterm elections, only 31 percent of registered Millennials voted. During presidential elections, our turnout wavered between 46 and 50 percent. For every other eligible generation, that number ranged from 57 to 72 percent. If politicians from either party want to engage voters my age, they need to do something different: stop being so divisive.

Many of us are alienated by the divisiveness of politics. On both sides of the political aisle, politicians are famed for hurting others. They disgrace their wives, steal from supporters, and lie about their opponents. And on a national scale, politicians fuel division by peddling extremes.

“Every day, America is being misled by political parties, our political leaders and the press,” wrote Ken Stern, president of Palisades Media Ventures and former CEO of NPR in Politico Magazine. “We are told that the other side — whether it’s liberals or conservatives, Democrats or Republicans — are not just wrong on the issues, but full of destructive intent.”

But according to Stern, these claims are unfounded. A lifelong Democrat, he spent a year traveling Republican states to explore how divided America’s two parties really are. “Over the course of a year, I traveled from churches to conservative think tanks to NASCAR races and even to tea party meetings,” he wrote, “and I was almost always able to find more points of agreement and commonality than I thought possible.”

Americans are not that divided, Stern concluded, but political leaders frame us that way and then embrace extreme political positions for media attention. Indeed, majorities of voters attribute the incivility of politics to politicians and the media. According to a 2016 poll conducted by Weber Shandwick, Powell Tate, and KRC Research, 79 percent of voters felt that the 2016 election campaign was uncivil. Voters from both parties largely blamed politicians and media.

“We have been tracking how civility impacts our nation's social fabric since 2010 and we have seen a steady increase over that time in the recognition of how civility is a major problem facing Americans,” said Andy Polansky, CEO of Weber Shandwick in a press release. “Without a doubt, public discourse was challenged in the 2016 U.S. presidential campaign and the public is divided about whether we will see an improving environment for thoughtful dialogue in the public sphere.”

This partisan peacockery is especially at odds with empathy, a characteristic of importance to millennials. While elections tend to turn neighbor against neighbor, millennials often prioritize compassion for others.

According to Nonprofits Source, a digital marketing firm for nonprofits, 84 percent of millennials give to charity, 64 percent volunteer in our communities, and 88 percent find our jobs more fulfilling when we have opportunities to make a positive impact on society and the environment. What’s more, according to the 2017 Millennial Impact report, a Case Foundation study including interviews with 3,000 millennials, millennial investment in our communities comes from a fundamental desire to improve the lives of others.

Millennial stances on social issues stem from a similar goal. The report concluded, “Millennials are interested in improving the quality of life for people they see as needing such help; their interest in the causes/social issues of personal consequence remains constant.” In light of millennials’ commitment to community, our refusal to vote for those who put others down should come as no surprise.

Fox News’s recent and upcoming town halls offer first steps toward restoring the compassion millennials value to the political conversation. To be sure, these events are imperfect. At the town hall Fox hosted featuring Bernie Sanders, tension bubbled up during conversations about the candidate’s finances and tax plan. But on the whole, the evening still facilitated civil dialogue and ended with a plea to see that both sides have more in common than most people think we do. That’s the kind of conversation millennials like me are looking for, a conversation that will likely inspire us to return to politics, and maybe even to vote.

As media outlets prepare for future election debates, they would do well to keep this in mind — and continue prioritizing civility over partisanship.