Trump’s Ex-Im Picks Signal Reform Is On The Way

Young Voices Contributors  |  Apr 30, 2017
The opinions expressed by columnists are their own and do not necessarily represent the views of Townhall.com.
Top Columns
Trending on Townhall Media 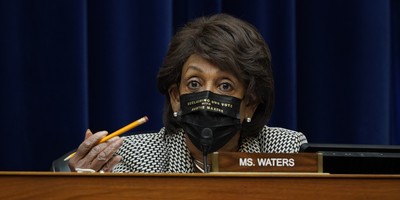 Editor's Note: This column was written by Michael Shindler

During his campaign, President Trump characterized the Export- Import Bank (Ex-Im) as “unnecessary” and likened it to “featherbedding for politicians.” The Ex-Im, a federal agency which provides taxpayer backed financing to foreign businesses and governments, has for the last two years been in a state of limbo because Republicans refused to confirm nominees to the agency’s board. This has left it exactly one board member shy of the three needed to approve transactions in excess of $10 million.

Earlier this month, the president announced his nomination of two former congressmen to fill positions in the Ex-Im: Scott Garrett, to serve as the bank’s president, and Spencer Bachus, to serve on the agency’s board of directors. These nominations, especially Garrett’s, demonstrate the president’s resolve to thoroughly reform the Ex-Im. If the Senate confirms Bachus and Garrett, the agency will once again function without impediment.

Before the Ex-Im’s board fell shy of quorum, it was heavily criticized for providing taxpayer-backed financing to multinational corporations, subsidizing foreign competition to American manufacturers, and interfering in the market to the detriment of American industry.

When President Roosevelt established the Ex-Im in 1934, it wasn’t meant to be “featherbedding” for politicians and well-connected multinational corporations. Rather, it was meant to help American exporters by providing taxpayer-backed financing to governments and businesses in developing foreign markets without access to the means to buy American products. In its early days, Ex-Im did just that and promoted exports in the 1930s and ‘40s to young and war torn countries. However, over the last few decades, Ex-Im has disappointingly transformed into a generous friend of multinational corporations and well-connected politicians.

For example in 2013, just two years before Republicans threw a wrench into the Ex-Im’s routine mode of operation, over three quarters of Ex-Im’s total annual financing benefited a mere ten companies, including Boeing, Bechtel Power, General Electric, and Caterpillar—all of which are multinational firms that can likely find financing that isn’t backed by American taxpayers.

However, if the president’s nominees, especially Garrett, are confirmed, then the agency will likely undergo substantial reforms.

Two years ago, during a speech delivered on the House floor, Garrett characterized the Ex-Im as a “fund for corporate welfare…that embodies the corruption of the free enterprise system.” Based on that and similar statements made during his tenure in Congress, Garrett will likely take on the bank’s presidency with the aim of comprehensive reform. In a statement released earlier this month, the Ex-Im’s staunchest enemy in Congress, Rep. Jeb Hensarling, said regarding Garrett and Bachus, “With Ex-Im so captured by special interests, the President was right to choose principled leaders like these to safeguard the agency against further mission creep, fraud, waste and abuse.”

Once confirmed, Garrett, serving as the agency’s president for a term of four years, will likely work to mold the Ex-Im into a respectable institution that serves the nation’s interests instead of abetting harmful market distortions and providing costly taxpayer backed financing to multinational companies. In time, the Ex-Im might return to helping small American businesses sell their goods to foreign buyers without access to the necessary capital. Also, given Garrett’s reputation as an enemy of government waste, the Ex-Im could adopt stricter review procedures to insure that those entities that do receive financing actually use it to purchase American goods, instead of using it to subsidize other activities.

Although he has not consistently supported reductions in needless spending and pro-market policies, the president should be commended for his choice of Ex-Im nominees. Hopefully, following their likely confirmation by the Senate, the Ex-Im will gradually return to being a benign and obscure agency that serves the interests of small businesses across the United States.