The FIRST STEP Prison Reform Bill Should Be a No-Brainer

Young Voices Contributors
|
Posted: Jun 08, 2018 12:01 AM
Share   Tweet
The opinions expressed by columnists are their own and do not necessarily represent the views of Townhall.com. 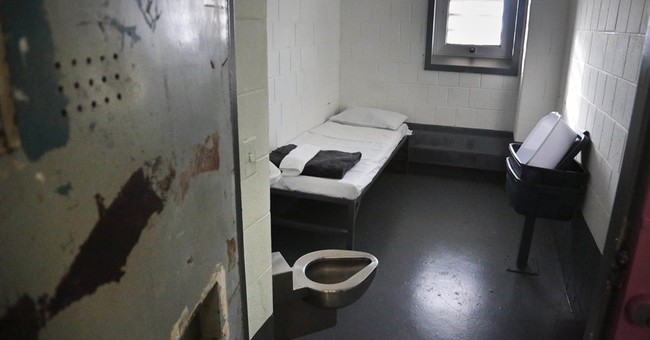 Editor's Note: This column was written by Christian Barnard

On June 5, Senate Majority Leader Mitch McConnell cancelled the Senate’s August recess to give legislators more time on appropriations bills and confirming nominees. Congress could also use this time to address the FIRST STEP Act, a prison reform bill that was easily passed by the House in late May. But any action is unlikely before the end of the session. Although the bill proposes a number of unobjectionable changes, many Democrats, as well as 108 civil rights organizations, have openly opposed it. They argue it is missing crucial elements like sentencing reform. But setting aside what the bill lacks, the FIRST STEP Act could make some meaningful progress on its main objectives—reducing recidivism, cutting costs, and prioritizing rehabilitation over punishment.

The legislation would make modest reforms to federal prison conditions, implement some humanitarian improvements, encourage more participation in rehabilitation programs, and earmark $250 million for increased investments in rehabilitation programming over the next five years. The aim of the programming is to reduce recidivism, or the rate at which ex-offenders reoffend.

The recidivism problem in American prisons is widely misunderstood. One study based on 13 years of Bureau of Justice Statistics data found that, for most offenders, American prisons are not a revolving door. It found that around two-thirds of formerly-incarcerated individuals never return to prison, and only one in ten return more than once. Many who are reincarcerated are guilty of parole violations, not new crimes. In fact, the National Institute of Justice reports that only two and five percent of American offenders are responsible for at least 50 percent of all crime.

Therefore, recidivism reduction programs need to be highly targeted toward the small population of “habitual offenders” to be effective. And, at least in some ways, the FIRST STEP Act does that. It directs the Bureau of Prisons (BOP) to give preference to high risk offenders seeking to participate in rehabilitation programs. The legislation also provides new incentives for participation in these programs in the form of up to 510 minutes of visitation/phone privileges per month, the possibility of transferring to a facility closer to home, and the opportunity to earn “time credits” to transition into pre-release custody sooner.

The bill also contains a long list of offenses rendering inmates ineligible to redeem time credits. Though most ineligible prisoners must be guilty of serious violent crimes, those guilty of some immigration-related offense are also cut off from redeeming time credits.

Although the $250 million in additional appropriations is concerning for fiscal hawks, evidence-based rehabilitation programs have proven to be a worthy investment. Rehabilitation programming can reduce recidivism by at least 15 percent, and states that make real investments in these programs have saved money in the long run. The bill also increases “good behavior credits” (not to be confused with time credits mentioned earlier) to commute sentences by an additional seven days for every year an inmate has served—a change that would apply retroactively and would trigger the immediate release of several thousand inmates. In addition to reuniting families, this immediate release could yield BOP budgetary savings of $40 million in the first year.

States can also build on these reforms by making investments of their own. After all, 90 percent of prisoners are in state prisons and local jails. Beyond expanded rehabilitation programming, states would benefit from chipping away at the thousands of employment barriers for ex-offenders within their borders. Thanks to these laws, which are often discriminatory, nearly 60 percent of ex-prisoners remain unemployed a year after release. Since having a job is one of the clearest indicators of how likely a person is to reoffend, removing employment barriers should be a top priority in reducing recidivism.

At the very least, the FIRST STEP Act acknowledges what a large body of research compounded by the National Institute of Justice has shown. Prison sentences, at best, have moderate effects on recidivism and can sometimes even exacerbate recidivism. Harsher sentences have little to no effect on deterrence, and they cost a fortune. In addition to devastating millions of lives, American correctional facilities have failed to correct. Any step to prioritize rehabilitation over punishment should be a welcome change.