Innovative Market Mechanisms Are the Key to 5G Success

Young Americas Foundation
|
Posted: Apr 24, 2019 12:01 AM
Share   Tweet
The opinions expressed by columnists are their own and do not necessarily represent the views of Townhall.com. 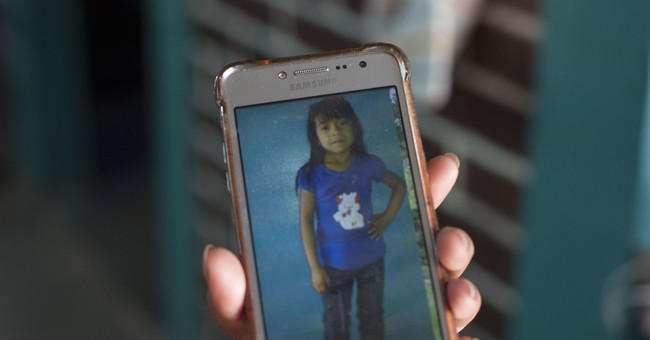 Editor's note: This column was authored by Ryan Khurana.

The White House has had a change of heart on innovation in 5G technology. In January, it mulled over a plan to nationalize next generation wireless networks, but on Friday, April 12, the Trump administration announced a series of initiatives to accelerate the private sector’s development of 5G, with a greater focus on removing regulatory barriers than on increasing state aid or control.

5G technology is vital to economic development and national competitiveness, and President Trump finally realizes it. His new push for a National Spectrum Strategy would update management of radio spectrum, a vital resource for telecommunications The administration’s extreme claims of nationalization reveal a willingness to propose unorthodox plans to achieve international leadership. But unorthodox market-based mechanisms should be considered, to ensure the fast, reliable, and inclusive deployment of vital 5G communications infrastructure nationwide.

The importance of 5G is hard to understate. The latest generation of wireless broadband technology would significantly improve the possibilities enabled by the Internet. 5G would enable speeds 100 times faster than 4G networks and lower delay time from less than a millisecond latency. Now, new tech, previously limited by slow speeds, can work well.

Self-driving cars, for example, clearly illustrate an opportunity s enabled by 5G. By enabling rapid communication between connected vehicles, the coordination between cars and their environment would enable the quick decision-making needed for increased speed and safety.

This would increase the benefits of self-driving cars as more hit the road, a possibility  less feasible with current-day slower internet connections. The greater speed and safety associated with connected self-driving cars would allow for major positive changes to infrastructure. Self-driving cars would not need to be parked 95 percent of the time as current cars are, which would free up of some of the 800 million parking spaces in the U.S. that raise the cost of urban development.

It is these kinds of opportunities beyond the obvious direct consumer benefits by faster connectivity, from smart city initiatives to the more accessible cloud computing to cheaper artificial intelligence tools, that make effective 5G development so pivotal. Realizing these benefits has been on the Federal Communications Commission’s (FCC) purview in recent years and significant work has been done to ensure accessible deployment. The United States’ current lead in deployment has stemmed from the FCC’s willingness to adopt innovative, market-driven mechanisms to ensure that the spectrum needed for broadband development was available and used effectively.

The White House’s recent endorsement of private sector-led, rather than state-led 5G development, returns to the philosophy that allowed for the U.S.’s top-tier 4G capabilities. Following this line of thinking, the National Spectrum Strategy requires careful market design to ensure that high investment is encouraged and that spectrum is always allocated to its highest value use.

One issue with this is the design of spectrum licenses. An R Street Institute study found that designing the boundaries for which company can operate based on what looks neat on a map can lead to problems in the real world where populations are not evenly spread out. Companies looking to fix their boundaries by buying up spectrum from competitors often face extortionate prices or find companies that refuse to sell.

These issues can be overcome by paying careful attention to the boundaries being drawn and creating better auction mechanisms. Currently there is a trade-off between different license lengths, with short-term licenses, usually around 3 years, allowing for reallocation, and long-term licenses, that allow companies to hold spectrum for 10-15 years or more, encouraging investment.

A recent proposal called “depreciating licenses” should be taken seriously by the FCC to overcome these tensions. The depreciating license allows companies to hold spectrum indefinitely, but requires that the government maintain a perpetual auction platform. Rather than the cumbersome secondary markets that exist today, the perpetual auction approach makes companies post publicly the price of their spectrum, which they have to sell to anyone who offers that price. This prevents the worries of collusion and holdout that occur with less transparent auctions. To make sure companies do not post extortionate prices, annual licensing fees would be set as a proportion of the posted price, encouraging honest assessment.

Careful, innovative approaches to spectrum licensing would simplify the FCC’s job while improving outcomes for all. This would free up the agency’s time to focus on modernization of its workforce, and focus on a longer term vision. In order to allow for this opportunity, the Trump administration must make use of innovative market mechanisms to unleash the full potential of 5G.

Ryan Khurana is Executive Director of the Institute for Advancing Prosperity and a Young Voices contributor.