Turning a terrorist into a cult hero 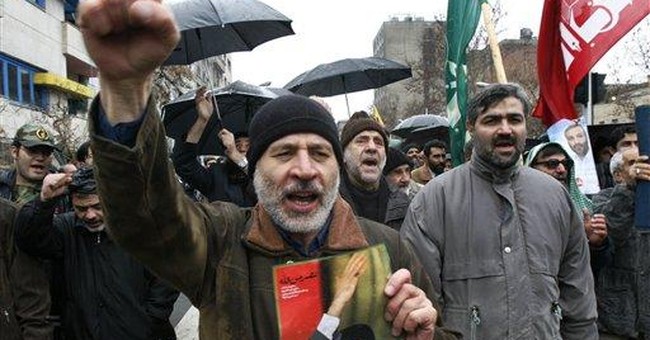 In what the Jerusalem Post refers to as “an uncommon act of journalistic contrition,” the British Broadcasting Corporation (BBC) has issued a public apology “to anyone who was offended” by its reference of recently-killed terrorist mastermind Imad Mughniyeh as a “great national leader.”

For once, a major Western media outlet did the right thing by admitting its complicity – perhaps unwitting collusion – in what is becoming a trend toward soft-soaping terrorists and their activities. But how could the BBC have come to this is in the first place?

It’s all part of a dangerous drift toward so-called fairness – not to be confused with free speech – wherein media companies increasingly are giving platforms, equal time, and – for some strange reason – objective deference to terrorists and terrorist organizations.

After all, isn’t it important we respect and give a voice to the poor souls who are so frustrated with life and their places in it that they are forced to blow up 241 sleeping U.S. Marines, sailors, and soldiers; or torture an unarmed American sailor before shooting him in the head and tossing his body out onto an airport runway? Perhaps if you’re on the editorial staff of Al Manar: not the BBC.

Last week, a BBC television report included the line: “The army is on full alert as Lebanon remembers two war victims with different visions but both regarded as great national leaders.”

I won’t get into who Mugniyeh was in terms of the acts of terror and murder for which he was responsible: His bloody perverseness has been widely reported. And it’s good the BBC has apologized. But I think it’s also important we take a look at the way in which the latter came clean.

The BBC's retraction (actually more of a qualifier) said: “While there is no doubt that supporters of Hezbollah did regard Mughniyeh in such terms – as a great leader – we accept that the scripting of this phrase was imprecise.”

Imprecise? Referring to Mughniyeh as a “great national leader” went far beyond simple imprecision. And what has become even more problematic in the “war of ideas” between the West and Jihadism – as counterterrorism expert Dr. Walid Phares describes it – is how a newsroom environment could exist in the West that would allow such a public accolade be paid to a butcher like Mughniyeh in the first place.

“If Mughniyeh may so-easily be described in some Western media as a ‘great national leader,’ then how do we describe the likes of SS commander Heinrich Himmler and his henchmen, any of the faceless KGB assassins who operated during the Cold War, or any who committed war crimes under Slobodan Milosevic?” says Phares, who directs the Future of Terrorism Project for the Foundation for the Defense of Democracies. “The only ‘greatness’ Mughniyeh has been accorded stems from some quarters in the Western media which have been deeply influenced by the Iranian oil-funded propaganda. There is increasing evidence that one of the centers of this network of propaganda is Beirut, where Hezbollah profits from and operates a huge, heavily funded media operation.”

And this money and center of influence, Phares adds, is having a major impact on Western media and how the West ultimately reports stories like the death of a terrorist.

Then there is the question of how Mughniyeh could have been associated with “greatness” or “national leadership” when few outside of Hezbollah’s leadership and military wing (or the Western counterterrorists who for years have been studying or hunting the elusive Mughniyeh) knew anything about the man until he was killed?

In the immediate aftermath of Mughniyeh’s death, it became obvious – based on the Internet posts of Hezbollah supporters in pro-Hezbollah chatrooms – that the supposed-fans of Mughniyeh had no idea who the guy really was. Yet within a 24-hour period, he was rapidly morphing into some bizarre form of cult hero.

Of course, we can’t lay all the blame at the BBC's doorstep. Practically every major media outlet in the world had a hand in this. It was a relatively big story, a story no one could ignore. But perhaps we journalists could have packaged it differently. We could have looked at the tactical significance: Mughniyeh was an international thug. Here’s who he worked for. Here’s what he did. Now he’s been killed. Then the strategic significance: What intelligence was perhaps gleaned. How might this shakeup his organization. Who are the others we’re looking to get.

Instead, too many reporters proclaimed Mughniyeh’s demise as if it were the death of Suleiman the Magnificent. The coverage spurred Sheikh Muhammad Hussein Fadlallah, a Hezbollah founder who – amazingly – has had op-eds published in the Washington Post and Newsweek, to declare: “The resistance [Hezbollah] has lost one of its pillars.” Then Hezbollah’s secretary general Hassan Nasrallah got so juiced up he was declaring “open war” with Israel. Even Gen. Michel Sleiman, the commander-in-chief of the Lebanese armed forces and the man who could become president of Lebanon, was compelled to pay public condolences to the Mughniyeh family, many of whom are deeply involved in the business of international terror.

No matter who paid for it, planned it, provided ground-zero operational support, or detonated the device, the killing of Mughniyeh was one of many tactical victories – usually covert, thus unpublicized – for the U.S. and its allies in the war on terror. In the end, however, the Western media’s handling of it, may have given the enemy some strategic leverage.