The Limits of Presidential Power 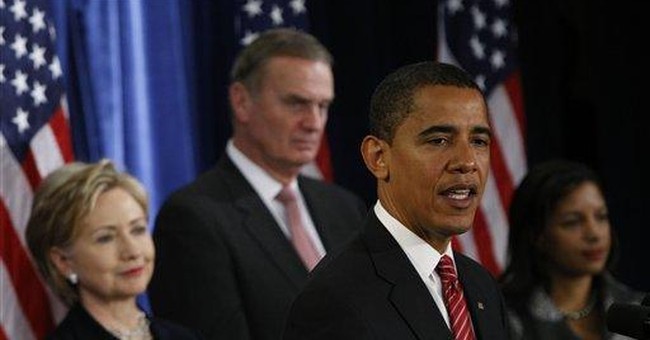 Whenever a new president is inaugurated, there is always a tremendous amount of speculation over what he (or she) is going to "do." And there's no denying that the new chief executive does have a great deal of discretionary power. But it swiftly becomes apparent that there are strict limits on that power.

In the first place, there are the limits that the new president imposes on himself. He may have pledged to do all sorts of things "on Day One" in the Oval Office, but a lot of them end up being postponed or severely modified, and some, for one reason or another, never get done at all. This is often all to the good: They were promised on the basis of information that turns out to have been inaccurate or incomplete, and on further consideration they may seem downright inadvisable.

Far larger are the restrictions imposed on the president by the Constitution, and by the statutes under which he is compelled to act. The Constitution is famously designed to limit the powers of the president (and, for that matter, of the Congress as well). A president cannot even appoint an ambassador to Nepal, let alone a Cabinet member or a justice of the Supreme Court, without the consent of two-thirds of the Senate. All sorts of presidential actions require the consent of the Senate, and a good many require the approval of both Houses of Congress.

Finally, there are the limitations imposed on presidential power by the political process itself. Even if a president possesses the indisputable power to take a particular step, it may be simply too unpopular with the public at large for him to take it. Franklin D. Roosevelt was, without much question, the most popular president of the 20th century. But when the Supreme Court blocked some of his efforts, and he tried to change its mind by proposing to enlarge it with justices sympathetic to his proposals, the public outcry forced Congress (which had previously been almost slavishly obedient to Roosevelt) to reject the "reform." Even if the consent of Congress had not been required, Roosevelt would have had to abandon his effort.

So we ought not to be surprised if President Obama fails to implement some of the pledges he made in the heat of the campaign. There are plenty of ways he can do this without seeming to betray his promises. Probably the easiest is to insist that he wants to keep a particular promise, but quietly let the Democratic leaders in Congress know that it won't break his heart if they manage to prevent him from having his way.

Meanwhile, I owe it to my readers to acknowledge that I was simply wrong recently, when I ventured that President-elect Obama would not name Hillary Clinton as his secretary of state. My estimate was that to do so would just give her a superb platform from which to pursue her own ambitions for the presidency in 2012 or 2016, while creating the potential for all sorts of public disagreements between the two during the Obama administration.

Obama's decision makes it clear that he's not all that upset by the prospect of Hillary running to succeed him (even if his own choice might be Vice President Biden), and that he doesn't anticipate -- or calculates that he can win -- any public disagreements between the two of them in the meantime.

These are legitimate political calculations, though either or both of them may prove to have been unwise.