William F. Buckley Jr., one of the most versatile public figures in America, is the authentic, authoritative journalistic voice of conservatism today.

One of the most widely syndicated and intensively read of all columnists -- appearing in over 300 newspapers, Buckley is the founder of National Review, the lively and respected journal of conservative thought and opinion.

Buckley has written many best-selling books, including God and Man at Yale, Saving the Queen, Stained Glass and Overdrive.

Buckley's career has taken him from Yale to the United Nations and into politics and journalism, where he has become something of an institution as a successful debater, political analyst and critic. 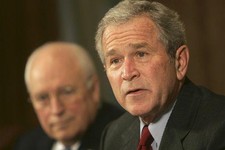 State of the Union: Not So Good
By William F. Buckley
President Bush didn't give Congress, in his State of the Union address, quite what was expected, especially in the area ...
January 31, 2008

Barack vs. Hillary
By William F. Buckley
Students of current events writing on Tuesday morning are expected to discover whether Mr. Obama or Mrs. Clinton is responsible ...
January 22, 2008

It's Really Quite Simple
By William F. Buckley
It is a field day for practitioners in politics. In South Carolina the hottest issue this week wasn't the specter ...
January 18, 2008 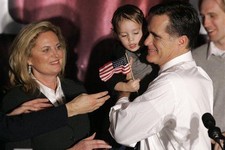 Primary Confusions
By William F. Buckley
Sebastian Mallaby, a journalist for The Washington Post, writes to formulate, or rather reformulate, the complaint we are entitled to ...
January 16, 2008
Produced By Iowa
January 04, 2008 |

Black Times
By William F. Buckley
Some months ago I had a communication from a member of Conrad Black's defense team. The jury had just convicted ...
December 12, 2007

Crime? Punishment?
By William F. Buckley
A perplexed citizen in Greenwich, Conn., writes to his local newspaper saying that the anti-abortion movement suffers from the absence ...
November 20, 2007

Norman Mailer, RIP
By William F. Buckley
How to deal with Norman Mailer? I begin by acknowledging the truth of much that is being said about him, ...
November 13, 2007

One up for the donors
By William F. Buckley
The Foundation Management Institute (FMI) lets out what can only be described as a screech of joy. The cause? "Judge ...
November 06, 2007

What About the Faithful?
By William F. Buckley
There is head-scratching in the political marketplace over a looming contradiction. The candidates for president of the United States include ...
October 18, 2007 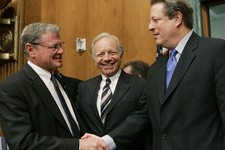 Sanctimonious Joe?
By William F. Buckley
A while back, watching television, I winced when a Democratic stalwart referred to "sanctimonious Joe." He was talking about Sen. ...
October 13, 2007

The Bum said...
By William F. Buckley
In days (long) gone by, the tradition was that gentlemen engaged in media work do not disparage other gentlemen engaged ...
October 09, 2007
Commentary Archives
CARTOONS | AF Branco
View Cartoon