No, California Should NOT Abolish Parenthood in the Name of Equity

William Estrada
|
Posted: Jan 24, 2022 12:25 PM
Share   Tweet
The opinions expressed by columnists are their own and do not necessarily represent the views of Townhall.com. 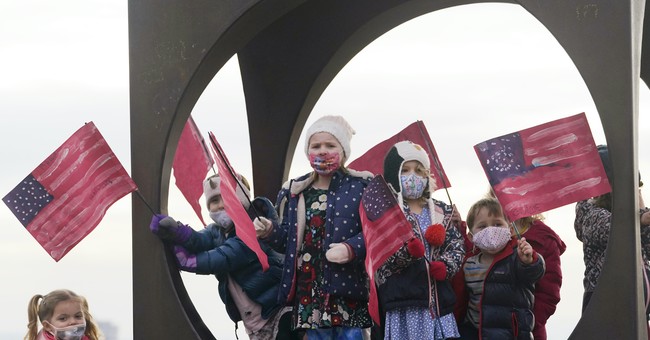 Guest columnist Joe Matthews made such a startling assertion in an opinion piece published by the Ventura County Star this month that I had to check: was this a satire webpage? No, I soon found that it was a real news site, and apparently, Joe Matthews is a real guest columnist who seriously believes what he wrote: “If California is ever going to achieve true equity, the state must require parents to give away their children.” (And this opinion piece was also recently published in the San Francisco Chronicle.)

If Matthews had thought a little bit longer before publishing his piece, he would have known that the US Supreme Court has already addressed Plato, who is Matthews' “expert” cited in support of his startling proposition:

“For the welfare of his Ideal Commonwealth, Plato suggested a law which should provide: ‘That the wives of our guardians are to be common, and their children are to be common, and no parent is to know his own child, nor any child his parent. . . . The proper officers will take the offspring of the good parents to the pen or fold, and there they will deposit them with certain nurses who dwell in a separate quarter; but the offspring of the inferior, or of the better when they chance to be deformed, will be put away in some mysterious, unknown place, as they should be.’ In order to submerge the individual and develop ideal citizens, Sparta assembled the males at seven into barracks and intrusted their subsequent education and training to official guardians. Although such measures have been deliberately approved by men of great genius, their ideas touching the relation between individual and State were wholly different from those upon which our institutions rest; and it hardly will be affirmed that any legislature could impose such restrictions upon the people of a State without doing violence to both letter and spirit of the Constitution.” Meyer v. Nebraska, 262 U.S. 390, 401-402 (1923)

So, Joe Matthews, what is it to be? Should people with disabilities “be put away in some mysterious, unknown place,” as Plato advised? Should women be treated as second-class citizens without the ability to vote or own property, as women were in ancient Athens during Plato’s time? Should “wives . . . be common” as Plato advocated for in the quote above? This is the context in which Plato would have us treat children as commodities for society’s greater good. How is any of this “equitable”?

No, definitely not. Rather, we should say, as the US Supreme Court said as recently as 2000, “the liberty interest . . . of parents in the care, custody, and control of their children is perhaps the oldest of the fundamental liberty interests recognized by [the] Court.” Troxel v. Granville, 530 U.S. 57, 65 (2000).

William A. Estrada is a husband, dad, attorney, and the President of ParentalRights.org and the Parental Rights Foundation, two nationwide nonprofits headquartered in Loudoun County, Virginia that have advocated at the local, state, and federal level for the last fifteen years to protect children by empowering parents.