Supervised Hunt Posed No Risk to Survival of the Wolf

William D. Balgord
|
Posted: Jun 08, 2021 12:01 AM
Share   Tweet
The opinions expressed by columnists are their own and do not necessarily represent the views of Townhall.com. 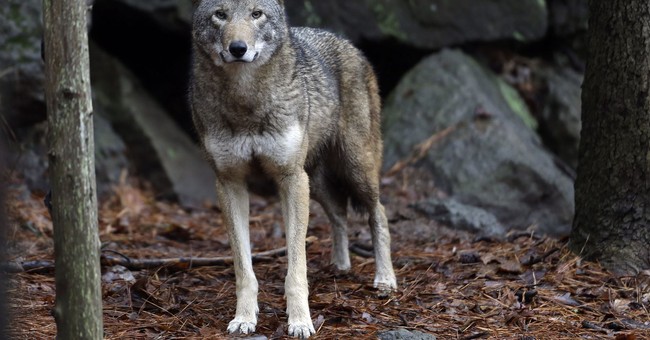 A recent Associated Press story highlights blowback from the recent wolf hunt conducted by the Wisconsin Department of Natural Resources (DNR). A contentious debate ensued when the scheduled hunt was moved up to February from November 2021. A Wisconsin judge broke the logjam ordering the DNR to proceed on schedule with the hunt.

The agency brought the ongoing hunt to a premature halt after two days, when the predicted take of 119 wolves reached 216. Many more wolves were out there than anyone thought beforehand.

AP avoids informing readers why the gray wolf should not have been enabled to reclaim its former range in Wisconsin, lost over the preceding century. The wolf species as a whole was never in danger of extinction. The US Fish and Wildlife Service added the gray wolf to the Endangered Species List under “threatened status” to mollify preservationists. Despite legal challenges, the Department of the Interior delisted the wolf in October 2020.

Historically and today, wolves number in the tens of thousands north of the Canadian border into Alaska. Although the gray wolf had been extirpated from Wisconsin and other Midwest states before the middle of the 20th century, the species persisted out west, in northern Minnesota counties, and in the Michigan UP.

In the 1970s DNR officials, with support from the Fish and Wildlife Service and environmental groups, quietly undertook a study to determine the feasibility of bringing the gray wolf back to northern Wisconsin. After a pack was discovered to have wandered in from neighboring Minnesota, the plan was set in motion. Subsequently, additional breeding pairs were planted at several state locations. Similarly, gray wolves were introduced into Michigan’s Lower Peninsula.

The rollout of the Wolf Restoration Plan met fierce opposition from farm groups, expressing fear of predation and the safety of their families if the wolves made a comeback. The DNR quietly compensates farmers for livestock losses attributed to wolves. Restitution claims climbed steadily from 2017 to 2019.

If, as now appears certain, their growing numbers lead to further encroachment into human proximity, there is a possibility that a wolf may attempt to carry off a small child from a rural homestead. The loss to a grieving family, living within its newly reclaimed range, might be rationalized by the ardent wolf lobby as collateral damage.

The supposition is not so farfetched as first may appear. Several years ago, a pair of coyotes (smaller cousin to the gray wolf) nearly absconded with a toddler in Rye, NY (suburban Westchester County), a few miles north of New York City. A vigilant grandmother saved the tyke at the last second.

Please spare any misplaced sympathies. Our resident wolf population now exceeds 1,000 adults, by a conservative estimate, although the DNR states the adult population fluctuates. The original plan called for an optimum of 350 adult wolves.

Their population continues to expand north and south of the state's midline, demarcated east-west by US Highway 10. Wolf advocates and the DNR initially assured state residents that the packs would respect the invisible boundary. They didn’t. New packs show up in southern counties like Juneau and Adams, well below the “Maginot” demarcation line, in search of venison.

There is an obvious problem. Wolves have not read road maps or the applicable sections of the restoration plan. Accordingly, predation has already reduced deer populations near Camp Douglas, Necedah, and other traditional deer hunting areas in southern Wisconsin, despite earlier agency disclaimers.

As if the wolves weren’t enough, in recent years solitary mountain lions have wandered into the state, spotted visually and by trail camera. One adventuresome male showed up in the Milwaukee suburb of Brookfield and was observed peering into the front window of a home. Go easy, young cat.

Ten years ago the DNR refused to admit that cougars roamed the state. But photographic and other forensic evidence finally convinced the skeptical agency heads what they could no longer deny. A young male had wandered a long way east from his home in the Dakotas before visiting a farm near Elroy, WI. Genetic evidence identified the Black Hills as his “country of origin” and that of several other cats having paid more recent visits to the Badger State.

Concerns mount that if a female cougar shows up here and has a litter of kittens, our DNR will be obligated by federal guidelines to implement regulations to protect them as a resident species, proscribing their killing and designating prime habitat with customary restrictions on land use, cats or no cats being present.

The message is clear. Controlled hunting of North America’s large predators, including the gray wolf, as a primary management tool, favors the interests of both animals and humans. Healthy respect instilled with the sportsman’s rifle, hit or miss, saves lives.

William D. Balgord, Ph.D., heads Environmental & Resources Technology, Inc. in Middleton, WI and is a contributing writer for the Cornwall Alliance for the Stewardship of Creation.