Wes Martin
|
Posted: Apr 25, 2021 12:01 AM
Share   Tweet
The opinions expressed by columnists are their own and do not necessarily represent the views of Townhall.com. 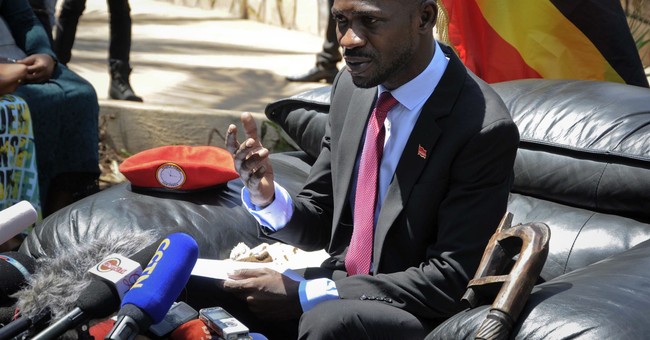 There is an assumption in America that new political leaders across the world campaigning against long-term incumbents or establishments must, naturally, share the full spectrum of western, liberal and democratic values cherished in Washington D.C.

The premise is as dangerous as it is mistaken. Recent decades are scattered with “great western hopes” that have not only disappointed when they finally reached office - but even turned out worse than those they replaced, with civil unrest, rollbacks of human rights, and severe deterioration in the lives of minorities.

There is Aung San Suu Kyi. Once named by TIME Magazine as one of the “Children of Gandhi”, she was for years a guest star at American and British liberal dinner parties. But her time as great helmsman of Myanmar – following a long opposition to the military junta – saw her government complicit in a genocide against the Rohingya, which she then insisted on defending personally at the International Court of Justice.

There’s the youthful prime minister of Ethiopia, Abiy Ahmed. He was the nation’s first leader who was Oromo, the largest ethnic group that had led opposition to one-party government for decades, campaigning against their own political and economic marginalization. Shortly after winning the Nobel peace prize, Ahmed was leading an ethnic war against Tigrayans, who had historically dominated the upper echelons of power in the country.

And then there’s Adama Barrow of The Gambia in west Africa. Ushered into office by American progressive lobbyists following the fall of authoritarian Yahya Jammeh, he has reneged on his pledge to serve only three years as president, quashed an attempt to restrict presidential terms (intended to avoid a repeat of the years in office of his demented predecessor), and renounced his promise to overturn the country’s violent anti-gay laws.

Equally, there are times when misguided support for those who have lost still has consequences. Emboldened, the loser claims the election was stolen without evidence, leading to mass civil unrest  and the undermining of the democratic process. This is the case in Uganda.

There, the vote earlier this year saw opposition leader Bobi Wine go down to defeat. Feted by Western liberals as Africa’s new hope, Wine at least on the surface has much to offer: Glamorous, erudite, the anti-corruption campaigner is also a ghetto-to-hero chart-topping reggae artist.

More importantly, however, it is what he claims to be against that draws the international interest. The current president and governing party of Uganda has held democratic power for a generation in a country where the average age is 16. Whilst both have continued to be re-elected, stability and longevity have blinded many to the character of the challenger. A quick look at Bobi Wine’s past reveals some distinctly anti-liberal edges – particularly when it comes to LGBT rights – that should have been a cause for extreme caution when offering support.

In 2014, his emphatic homophobia was the reason he was denied a visa to UK. Slated to play in London and Birmingham, gay rights campaigners objected to allowing the artist to perform hate songs. The change.org petition stated: “Ugandan artist Bobi Wine writes songs with blatant homophobic lyrics and calls for gay people to be attacked, or killed… allowing such an artist to appear in public is clearly going to raise tensions”. They were referring to lyrics such as “burn all the batty man” and “All Ugandans get behind me and fight the batty man.”

This seems to have been forgotten by those in the West who rallied behind him. Of course, his views should not bar him from running for president, nor being elected. That is for Ugandans to decide – and, in a country where conservative views on the matter are prevalent, it should have even helped him. So it begs the question why, when he did not win, the State Department seems to be sustaining his claim that the election was stolen.

It is all the more surprising given Wine withdrew his petition to overturn the result before the courts. Though he claimed it necessary with political placement in the judiciary, for anybody who had been paying attention his allegations simply didn’t add up. On many recent occasions, the courts had ruled in his favor. They halted a legal attempt to deregister his party as the election was beginning, and then when security services surrounded his home following the election result, it ruled they leave immediately. Indeed, it was the same courts that rejected as unconstitutional an "anti-gay law" that would have made homosexuality in Uganda a capital offense, a law for which Wine’s song had rallied support.

The real reason for Wine’s withdrawal was lack of evidence, especially given the scale of his defeat (nearly 2.5 million votes behind from a turnout of 10 million). But it is easier to win in the “court of public opinion,” so that is where he has taken his case. Meanwhile, his actions cause the democratic process and rule of law in Uganda to be eroded in the eyes of his supporters, the electorate as a whole, and the international community.

For Africans, and certainly Ugandans of a certain age, the West’s often unquestioning – and often barely researched - support for political figures such as Wine has troublesome echoes of the past. In the late 1960s another young Ugandan opposition leader seemed at least on the surface to have much to offer: “A splendid type… not very bright…completely reliable” is how the British described the deranged dictator Idi Amin in the years immediately before he staged a coup and declared himself “King of Scotland.”