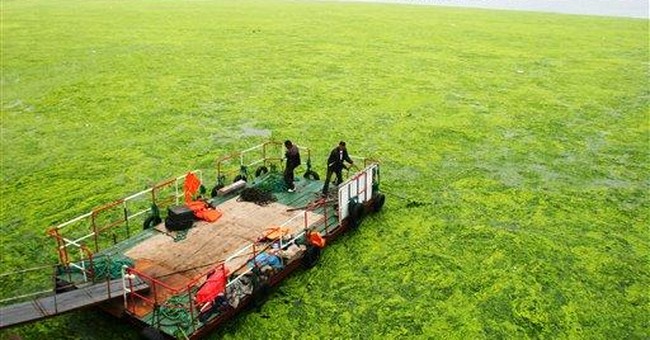 Gas prices may have retreated from their recent peak, but they are still outrageously high.  More worrisome, current gas affordability levels (perhaps un-affordability level is more apt) may be just the beginning.  Gas prices may soon set new record highs, and it will not be due to China, India, or even OPEC.  Instead, as Walt Kelly once famously paraphrased, "We have met the enemy and he is us".

Fact number 1: High gas prices hurt our economy.  To anyone paying attention to the economic headlines of late, this fact is quite obvious.  Our recent experience clearly shows that when gas prices soar, people experience hardships.

According to the U.S. Energy Information Administration the average price for all grades of gasoline in the U.S. in July was slightly over $4.11 per gallon – an all time inflation adjusted high.  Back in May 2008, gas prices were slightly lower: over $3.81 per gallon.

Not surprisingly the amount Americans drove in May 2008 (the latest data available) fell in response to the higher gasoline prices.  In May 2008 people drove 3.7% fewer miles compared to May 2007 when gasoline prices were a relatively affordable $3.18 a gallon.  In other words, when the price of gas increased, demand for gas decreased.

The reduction in driving was not confined to May.  The total amount of miles driven by Americans peaked in October of 2007 and has been declining ever since.  Not surprisingly, the recent spike in gasoline prices to $3 - $4 a gallon began in October 2007.  But, the impacts from rising gas prices are not simply less gasoline usage.  Rising gasoline (and energy) prices have created negative economic impacts including:

·         Reduced purchasing power of people’s wages – wages have increased only 3.1%, meaning that the cost of living is increasing at a faster rate than our ability to pay for these costs; and,

·         Increased overall unemployment – the economy has lost nearly a half million jobs since the beginning of 2008.

While the spike in gasoline prices does not explain all of our current economic troubles, they certainly have played a pivotal role.  The lesson is clear: rising gas prices harms the economy and diminishes our quality of life.

Fact Number 2: Global warming activists and politicians want to dramatically reduce greenhouse gas emissions by decreasing the energy derived from fossil fuels such as gasoline and coal.  The global warming policies being discussed – such as “cap and trade” or energy taxes – reduce our greenhouse gas emissions by either explicitly or implicitly raising the price of fossil fuels.   Because 86% of our current energy use comes from fossil fuels (those energy sources that emit the largest amount of greenhouse gasses), these policies will raise the price of gasoline, home heating and cooling, and the myriad of other energy products we consume in our daily lives.

From a “global warming perspective”, such reductions are the desired outcome.  Our recent experience with high gas prices illustrates that when price goes up, demand goes down.  Ergo, when global warming policies raise the price of energy from fossil fuels, our use of fossil fuels will decline.

Along the same lines, when global warming policies increase the cost of energy, our cost of living will soar, wages will stagnate, and unemployment will rise.  In short, our economy will decline and our nation will suffer.

However the damages to our standard of living from global warming policies will far exceed the economic costs we have just experienced with soaring gas prices.  As of June, gasoline prices were up 33.3% and overall energy costs were up 24.4%.  Global warming policies, such as the recently defeated Lieberman-Warner cap and trade proposal, have been estimated to increase gas prices by between 60% and 144%.  More stringent emissions caps would require even larger price increases.

As the past several months have demonstrated, rising energy prices come with real costs that can neither be ignored nor wished away.  Should we implement global warming policies that do not mitigate these costs, there will be no one but ourselves to blame.