Trump’s Moral Character and the Election

Wayne Grudem
|
Posted: Oct 09, 2016 3:47 PM
Share   Tweet
The opinions expressed by columnists are their own and do not necessarily represent the views of Townhall.com. 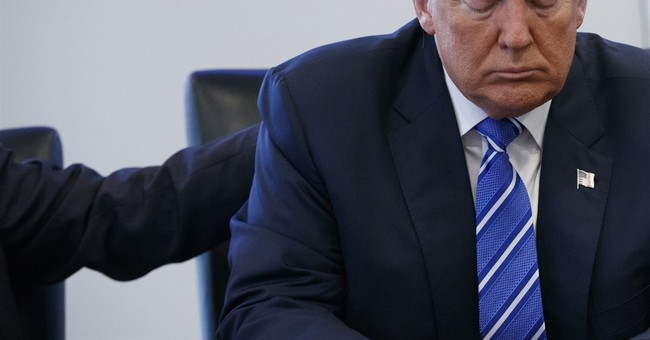 Editor's note: As of October 19, 2016, the author has written a follow-up piece in support of Trump which can be read here.

There is no morally good presidential candidate in this election. I previously called Donald Trump a “good candidate with flaws” and a “flawed candidate” but I now regret that I did not more strongly condemn his moral character. I cannot commend Trump’s moral character, and I strongly urge him to withdraw from the election.

His vulgar comments in 2005 about his sexual aggression and assaults against women were morally evil and revealed pride in conduct that violates God’s command, “You shall not commit adultery” (Exodus 20:14). I have now read transcripts of some of his obscene interviews with Howard Stern, and they turned my stomach. His conduct was hateful in God’s eyes and I urge him to repent and call out to God for forgiveness, and to seek forgiveness from those he harmed. God intends that men honor and respect women, not abuse them as sexual objects.

Some may criticize me for not discovering this material earlier, and I think they are right. I did not take the time to investigate earlier allegations in detail, and I now wish I had done so. If I had read or heard some of these materials earlier, I would not have written as positively as I did about Donald Trump. I am grateful that Townhall.com has agreed to remove my earlier statement.

But if Trump refuses to withdraw, where does that leave us? Hillary Clinton is no better. She vilified the victims of Bill Clinton’s sexual advances; she abandoned our diplomats to be killed by terrorists in Benghazi and then lied about it; she illegally handled classified emails on her private server and put national security at risk; she left much of the world in chaos after four years as Secretary of State; and she has a lifelong pattern of acting as if she is above the law, protected by the Obama administration’s Justice Department, the FBI, and the mainstream media.

Should we not vote for either candidate?

Some Christian friends tell me they can’t vote for either candidate, because they think that voting for either one is compromising with evil. They say that we must absolutely repudiate Donald Trump in order to demonstrate to every Republican voter in the nation that evangelicals will never support a blatantly immoral candidate, and if one is ever nominated in the future he will lose the evangelical vote and lose the election. I respect that argument, and because of it I am not now sure who I am going to vote for. I absolutely will not vote for Clinton. I’m hoping that Trump will withdraw.

A choice between two different futures for the nation

There are enormous differences between the candidates and the two parties, differences that I still think have great significance. The differences concern not only the Supreme Court but also religious freedom, abortion, gender identity regulations, rebuilding our military, protecting us from radical Islamic terrorism, securing our borders, supporting Israel, reducing taxes and regulations so the economy will grow and create jobs, increasing school choice, reforming health care, allowing wise use of all forms of energy, reducing racial animosities and many other issues. These differences will determine the kind of nation we leave for our children and grandchildren.

Does it matter what kind of government we have?

I believe it is right for Christians to seek to influence government to function in ways consistent with Scripture. Paul told us to pray for good government:

“I urge that supplications, prayers, intercessions, and thanksgivings be made for all people, 2 for kings and all who are in high positions, that we may lead a peaceful and quiet life, godly and dignified in every way. 3 This is good, and it is pleasing in the sight of God our Savior” (1 Tim. 2:1-3).

Therefore I am deeply reluctant to simply walk away from the process in disgust, or vote for a write-in candidate in order to register a protest against both parties. If all the Christians in the country decide not to vote for either candidate, our rulers will then be chosen entirely by non-Christians, many of whom will increasingly use the immense power of government to promote evil, silence Christians, and oppose Christian values in every area of life. This is the opposite of what Paul told us to pray for in 1 Timothy 2:2.

What about our Christian witness?

Some people object that basing our vote on the consequences for the nation is making the mistake of “consequentialism” – saying that only the results matter. They then say that voting for either candidate will destroy our Christian witness for the future – which is also an argument based on consequences. And it is also an important argument.

And yet I see another dimension of Christian witness. What if we fail to vote against the liberal support for abortion rights, government imposition of gender confusion on our children, hate speech laws used to silence Christians, and government-sanctioned exclusion of thousands of Christians from their lifelong occupations because they won’t bow to the homosexual agenda -- will our failure to oppose these evils also destroy our Christian witness for the future? Will our grandchildren ask us why we failed to stop the imminent triumph of anti-Christian liberal tyranny when we had the ability to do so?

As to how I will vote, I honestly don’t know at this point. The election is still a month away. I have friends on both sides who are surprised that I do not find this an easy question to decide. But I do not find it an easy question. I continue to pray and seek God’s wisdom, and ask that God will yet provide a better solution.

Fear, or trust in God?

Though we may be tempted to become fearful or despondent, this turmoil in our nation provides a wonderful opportunity to renew our faith in God each day, “for kingship belongs to the Lord, and he rules over the nations” (Psalm 22:28). We should continue to pray, mindful of what Daniel told King Nebuchadnezzar in Babylon long ago: “The Most High rules the kingdom of men and gives it to whom he will” (Daniel 4:17).

The Establishment Is Running Out of Cannon Fodder for Its Woke Military
Townhall
'The difference matters': Reporter notes that the 'shot at' narrative is nuanced and suspect might not have taken aim
Twitchy
Concerning Social Media of 'Person of Interest' in Highland Park Mass Shooting
Redstate
BLOODBATH: Six Dead, Two Dozen Wounded at Suburban Chicago 4th of July Parade [UPDATED]
PJ Media