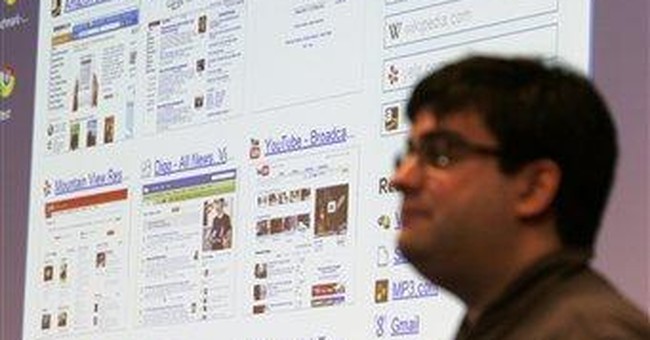 Technology is a driving force in society, for both businesses and consumers. Indeed, the cyberspace revolution promises gains on the order of those achieved in the earlier industrial revolution. The implications are profound, not just in terms of economics, but in terms of quality of life. The flow if information at the speed of light has empowered individuals across the globe, with the number of worldwide internet users fast approaching 1.5 billion. Unfortunately, these gains can be trampled by government—through censorship, taxation, or regulation.

The internet creates a thorny array of important questions for government. The taxation of internet transactions, access to the internet, and privacy are the stuff of numerous government hearings, commissions, and studies. The internet also poses a challenge to standard notions of regulation, because it does not follow traditional political boundaries. A case in point is the government’s efforts to stamp out illegal online gambling.

In 2006, Congress passed the “Unlawful Internet Gambling Enforcement Act,” calling for new regulations on banks and payment centers to block transactions for illegal online gambling. The problem is that the bill offered no definition of what constitutes illegal activity. Banks and credit card companies are not only required to comply with the law—they must also define the law. Should the law stand, banks and payment systems will be pressed into servitude as informants and enforcers, routinely monitoring transaction information about individual internet users, and blocking transactions with what may actually be legal online businesses. Given the sweeping ramifications for individual privacy, policymakers should pay close attention to the impact this has on internet freedom.

The law’s reach also goes well beyond cyberspace. Banks and payment systems such as credit card companies would be strapped with significant compliance costs and paperwork burdens in order to monitor transactions and identify those determined to be illegal gambling. To date, there has been no attempt to quantify the costs of the new mandate, or its impact on legitimate online businesses.

On Tuesday, September 16, the House Financial Services Committee will mark up legislation introduced by Chairman Barney Frank (D-Mass.) offering a simple solution. “The Payments System Protection Act of 2008” (H.R. 6870) makes clear that the law can be enforced against sports betting, which the courts have already said is illegal. It also requires the regulators to define exactly what “unlawful internet gambling” is prior to issuing broader regulations. This would substantially reduce the uncertainty and compliance burden for banks and payment centers.

Questions of internet privacy and an encroaching federal government are not just ideological criticisms of big government. The issue is much broader than a ban on illegal online gambling and should raise concerns across the ideological spectrum. All internet users should be concerned about the government blocking access to websites or monitoring online transactions. What is at stake is protecting the rights of all individuals as guaranteed by the Constitution. Federal encroachment on the internet to regulate various activities politicizes innovation and encourages government regulation of legitimate commercial activity.

At a more fundamental level, the debate over privacy and government control of the internet should begin by addressing one important question: given the choice, how many Americans would want or permit the federal government to track their transaction history? Federal efforts to identify particular internet transactions are a clear threat to individual rights and protections granted under the United States Constitution. The Founding Fathers took great care to limit the sphere of government involvement in the affairs of individuals, and those limits should be honored wherever individuals choose to act.

Cyberspace is becoming a much more integral part of the lives of most individuals, with over 220 million users and roughly $3 billion in e-commerce activity in the United States alone. Mandates to regulate online activity should not be taken lightly and should require a thorough assessment of both the costs and benefits. Each new mandate offers a greater foothold for government control over the future development of the internet. But the internet has been able to evolve into such a dynamic and valuable resource precisely because it was free from regulatory impediments. Moving forward in the dawn of a new technological era, it would be wise to avoid unnecessary mandates and take steps to protect internet freedom forever.