Wayne Allyn Root
|
Posted: Jul 20, 2018 12:01 AM
Share   Tweet
The opinions expressed by columnists are their own and do not necessarily represent the views of Townhall.com. 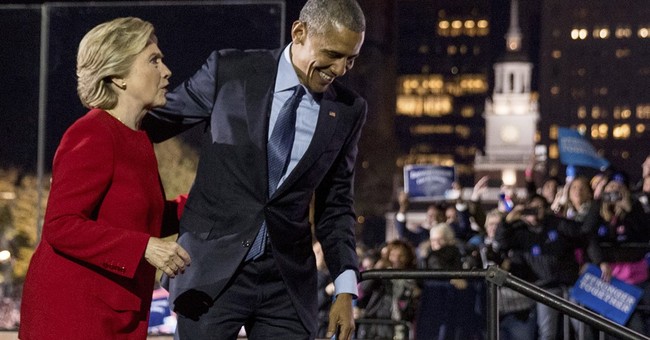 Do you know Saul Alinsky? He was the mentor of most of the leading liberal politicians of our time- including Barack Obama and Hillary Clinton.

Alinsky was a radical Marxist strategist and community organizer. His leading "weapons" were weapons of mass distraction: misinformation, radical protest and blaming the other guy for whatever you (the liberal politician or activist) are guilty of.

It’s all playing out in front of our very eyes.

First, of course, is the economy. Liberals insist Obama did a great job. They live by a combination of fake news, outright lies and delusion. Just today a liberal critic sent me “hate mail” claiming I’m a liar when I claim Trump’s economy is booming and better than Obama’s. He actually stated that Obama’s final year GDP hit 3.2%.

Fact: Obama is the only president in America’s history to never once in eight years reach 3% GDP (economic growth).

Fact: In Obama’s final year GDP was 1.6%. President Trump took over an economy in misery, malaise and despair.

Obama’s economy was a disaster. Trump has created a booming economy. Who says it? Not Wayne Root. Try the Federal Reserve.

The Fed announced on Tuesday that the Trump economy is booming and is expected to grow even faster. Fed Chairman Powell announced he is forced to raise interest rates to slow the booming Trump economy down!

Powell added, “The unemployment rate is low and expected to fall further.”

Contrast that to the Obama years. In eight long years of Obama, as liberals claimed the economy was doing wonderful, the scared-to-death Fed raised interest rates ONCE by a ¼ point.

Under Trump the Fed has raised interest rates five times in 1 ½ years, with two more expected this year alone.

That’s one rate raise in eight years under Obama versus seven times in only two years for Trump.

Facts matter. With Trump in charge, the Fed is scared to death things are too good, jobs are too plentiful, the economy is growing too fast.

The Deep State, DC Swamp and establishment of both parties are all in a panic. Trump is making America Great Again- just as he promised. Lots of jobs. Wage increases. A booming economy. He destroyed ISIS. He appears to have won a victory with North Korea. He just hounded NATO into contributing $33 billion more. And to top it off, Trump appears to have made friends with Putin and Russia. Trump’s critics are freaking out.

Now he’s “a traitor” for becoming too friendly with Russia.

They are desperate to distract you from the biggest takeaway of the Helinski Summit. Putin alleged a corrupt Russian business group gave Hillary’s campaign $400,000 of campaign contributions. Not only can foreigners not contribute to US campaigns…but Putin claims it was illegally obtained dirty money.

If true, Hillary is the one who colluded with Russians three times.

Once when selling 1/5 of America’s Uranium stock in return for $140 million in donations to the Clinton Foundation (plus a $500,000 speech for Bill Clinton). Second when she paid millions to Russians for a fake dossier to frame Trump. And again, when she colluded with corrupt Russians to help fund her presidential campaign.

Guess who else is in big trouble? Even if the Russians did try to help elect Trump, guess who was in charge at the time and did absolutely nothing? Obama.

Guess who was in charge while Hillary committed all these alleged crimes with Russia and Russian groups?Obama.

DC insiders report FBI lawyer Lisa Page has implicated a high profile insider in these Russian scandals, as well as the attempt by FBI insiders to fix the election for Hillary. Guess who? Obama.

Hillary and Obama looked in the mirror and saw their own criminal Russian Collusion. So, she made up a story and blamed Trump. The CIA, FBI, and DOJ were desperate to help, because they are all implicated in Hillary and Obama’s crimes.

Saul Alinsky would be so proud.