Wayne Allyn Root
|
Posted: Feb 22, 2018 12:01 AM
Share   Tweet
The opinions expressed by columnists are their own and do not necessarily represent the views of Townhall.com. 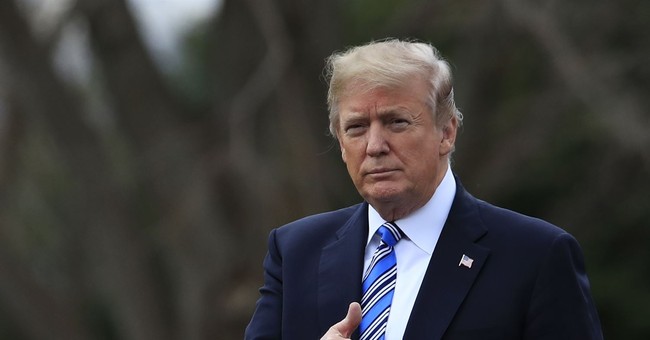 I want to tell you about my night at Mar-a-Lago this past weekend with President Trump.

We all hear all kinds of stories about President Trump...and all kinds of opinions about him...but few have ever actually met him, let alone spent quality time with him. I have.

Two takeaways up front. First, as Don King would say, "ONLY IN AMERICA."

Second, this is the story of the real President Trump- up close and personal. He's nothing like the one portrayed by the hateful, liberal  "fake news" media.

I was born a S.O.B. (son of a butcher). My dad David Root was a blue-collar butcher, who spent his workdays wearing a white apron with blood stains. My mom was a homemaker, as well as part-time cashier at the butcher store.

I was invited to Mar-a-Lago by my great friend Lee Lipton and his wonderful wife Erika. Lee is another example of the one-in-a-billion attitude of our great President. Lee and I met and became fast friends a decade ago because we have so much in common. Like me, Lee is a Jewish Republican small businessman- a restaurant owner in Palm Beach, Florida.

But Lee happens to be friends with the president of the United States.

Lee has been mentioned in recent articles about the president in the New York Times and Washington Post. When the president sat down for interviews with journalists from these newspapers, my friend Lee sat at the table. Lee is a witness to history.

I first met President Trump through Lee Lipton. Many of my opinion pieces and newspaper articles are shared with the president by Lee. Lee is a loyal friend. That could be why President Trump appreciates Lee’s friendship and counsel.

So, when Lee invited me down to Palm Beach to spend President’s Weekend at Mar-a-Lago, I jumped at the chance. I flew to Palm Beach on Friday morning and landed in time to host my nightly TV show live from Newsmax TV headquarters.

Then I rushed to a late dinner with Christopher Ruddy, the Founder, CEO and visionary behind Newsmax Media, one of the most powerful and successful political brands in the world. Chris is the man who hired me and gave me a national TV show.

On Saturday night, Lee and I arrived for dinner at Mar-a-Lago. The restaurant was packed with the most incredible group of people in all of America- captains of industry, celebrities, high profile billionaires, media superstars. In the middle of it all sat President Donald J. Trump.

As soon as President Trump saw me…he yelled “Wayne” and waved me to join him at his dinner table. The Secret Service escorted me through the security surrounding his table. He was having dinner with his sons Donald Jr and Eric, Eric’s wife Lara and Fox News host Geraldo Rivera. It was “old home week” for me. They’d all been guests on my radio show during the campaign…and I’ve been a guest on Geraldo’s show. We exchanged warm greetings.

Then I had my conversation with the president of the United States. I would never divulge our confidential conversation. That’s between me and President Trump. What I will disclose is the president of the United States- the busiest man in the world- remembered and greatly appreciated everything I’ve done for him. And listened intently as I told him my thoughts on a number of issues.

After dinner, as Trump was leaving, he stopped to speak to me again. This time in front of a large crowd of well-wishers, Trump said loudly, “Do you all know Wayne Root? What a fighter. What great support he has given me. Wayne is a great man.”

I was so honored by his kind words. But more importantly, that the most powerful man in the world appreciated my efforts. President Trump is so different than any other politician. This night was Exhibit A for why President Trump is beloved by middle class and working class Americans. I felt like I represented every “little guy” in America.

Trump is nothing like the man the hateful liberal media portrays. Trump has a huge heart. Trump appreciates every supporter. Trump cares what the little guy thinks. I am living proof. In that room full of billionaires and million dollar donors, Trump made me feel like the most important person in that room.

That's the real President Donald Trump the media will never tell you about.