It's "Christmas in January" for Conservatives

Wayne Allyn Root
|
Posted: Jan 28, 2017 12:01 AM
Share   Tweet
The opinions expressed by columnists are their own and do not necessarily represent the views of Townhall.com. 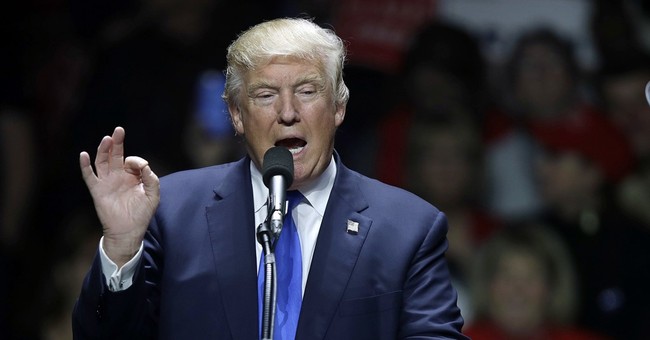 But this is ridiculous.

It's like "Christmas in January" for conservatives. Every day is a new present under the tree...or two, or three, or a half dozen. Trump is Santa Claus...if Santa never slept and worked 365 days a year!

That’s President Donald Trump. It isn’t even a fair match. The Democrats have no clue what they are up against. Trump will out-smart them, out-hustle them, out-work them, out-maneuver them. Like the poor hapless Washington Generals, they’ve already lost and they don’t even know it.

By the way, it's not their fault. Politicians just don't have the brainpower of a brilliant businessman. Any businessman could run circles around any typical politician. But this isn't just any businessman- it's Donald J. Trump. He's a billionaire businessman who outsmarted the biggest and toughest banks in the world when he was in a $4 billion hole.

And these aren't just any politicians. These are pathetic liberal Democrats who know nothing about business, or negotiating, or competition. Trump vs Democrats is like Barney Fife vs. Godzilla.

Up until now, Ronald Reagan was my favorite president in modern history. But remarkably, Donald Trump has passed my hero Reagan in his first week on the job. If the first week is any indication of things to come, under President Trump every day will be "Christmas for conservatives."

It’s only been a week and already my wish list is in place.

Trump used Executive orders to give the go-ahead to the long-stalled Keystone and Dakota Access Pipelines. America is open for business again (and high-paying middle class jobs).

Trump issued an Executive order starting the funding and construction of “THE WALL.” Liberals heads must be ready to explode.

He also announced the hiring of 10,000 new border agents.

He will soon announce a temporary ban on refugees from Syria and Middle Eastern war zones.

And a ban on visas from dangerous Muslim-majority countries with inadequate screening.

Trump also announced the end of “Sanctuary cities” and the defunding of federal funds for any city that chooses to continue breaking the law. Liberals claimed Trump could never succeed. Really?

Within 24 hours Miami surrendered and agreed to Trump’s terms. The dominoes are all falling.

Trump issued an Executive order to “ease the burden of Obamacare.” This is the beginning of the end for Obamacare.

Trump said out loud the words “radical Islamic terrorism.” He did it in his inaugural speech- which means Trump did in his first 15 minutes as president what Obama would not do in eight years.

Trump has announced plans to cut 75% of regulations…and “maybe more.” SEVENTY FIVE PERCENT! Pinch me, this must be a dream!

The Trump State Department will begin an immediate review of Obama’s final hour giveaway of $220 million to the Palestinian Authority.

The NY Times reports Trump is preparing Executive orders to drastically reduce funding and America’s involvement in the United Nations and international treaties. Conservatives like me have  been waiting our whole lifetimes for this one.

Trump erased all mentions on the White House web site of “climate change.” This made me so happy I walked outside my front door and screamed "VICTORY."

Trump has even announced a major investigation into voter fraud. Trump is the first Republican who understands the best defense is a good offense. He's taking it to the Democrats. He's putting them on the defensive. And he's not going to let Democrats win future elections with voter fraud.

Lastly, corporations across the globe have all publicly announced they are bringing jobs and billions of dollars of investment monies back to America because of President Trump. Just in time too. On Friday Obama's dismal 4th Quarter GDP results were announced. Obama's economy managed to make even Herbert Hoover look good!

All of this happened in Trump’s first week. Can you imagine what Trump will do starting in his second week?

There is no longer any doubt- Donald Trump is the Harlem Globetrotters of politics.

And for conservatives, it's "Christmas in January."