Wayne Allyn Root
|
Posted: Nov 09, 2016 6:06 AM
Share   Tweet
The opinions expressed by columnists are their own and do not necessarily represent the views of Townhall.com. 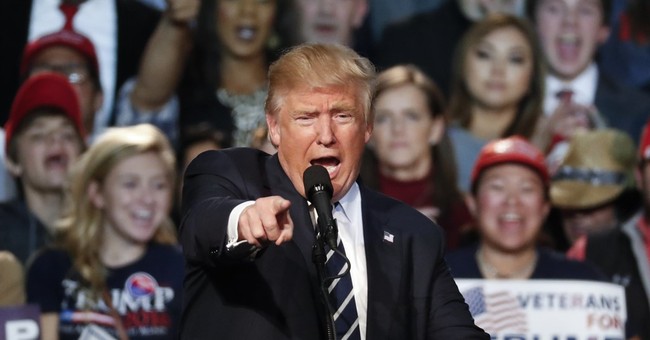 I’ve actually been predicting Trump would win the GOP nomination and presidency since Spring of 2015. When I first made that prediction, I was in an exclusive club of two- me and Donald Trump.

For the past few weeks I’ve predicted a smashing Brexit-like Trump victory over Hillary.

When I appeared on “Fox & Friends” three weeks ago, the two political experts on the show with me both predicted that Trump had “no path to victory”…and would almost certainly lose in a landslide, causing the GOP to lose the Congress too. They rolled their eyes when I told them Trump would win in a Brexit-like upset.

How did I know?

The answer is simple. I wrote the book “ANGRY WHITE MALE” to describe the coming Donald Trump victory, led by 40 million angry white males. I wrote and talked about this “ANGRY WHITE MALE” revolution in hundreds of media interviews and commentaries- including right here at Fox News.

But I was only partially correct. I was opening speaker for Donald Trump one week ago in Las Vegas. There were 10,000 fans in the audience. Over 60% were women. No, these were not Harvard or Vassar women. They were working class women- waitresses, secretaries and casino employees.

These women were screaming for Trump like he was Elvis or The Beatles in Las Vegas. I suddenly realized there are plenty of angry white females too- and they like Donald as much as the guys do!

This election was about angry white men and women. I predicted they’d come out Tuesday in numbers never before seen in history. And that was exactly what happened.

My final prediction? It was the same one I personally told to Donald Trump a week ago. When I saw Donald backstage I told him, "Here's my prediction...You will win by a 10-point landslide…but Democrats cheat by 8 points…so you'll win by 2."

This was our Brexit- starring Donald Trump. In every poll before the shocking Brexit result, Brexit was trailing by an average of 4.4 points. But a few million white working class voters either weren’t on the pollsters' radar, or weren’t talking publicly about their vote. Brexit passed- shocking the so-called "experts."

Skip ahead to Tuesday. The Real Clear Politics average of all polls showed Hillary leading by 2.6 points. That was dramatically LOWER than the 4.4 point average before Brexit. Why didn’t anyone else notice that?

So I made the biggest bet of my life on Trump as a 6 to 1 underdog three weeks ago.

To me, it was simple.

#2) This was "THE ANGRY WHITE VOTER ELECTION.”

#3) Trump was “the whisper candidate.” Everywhere I went, strangers whispered in my ear that they loved Trump. They didn’t want anyone to know. They certainly weren't telling pollsters.

#4) Hillary was “the ghost candidate.” How could she win the election when no one showed up at her rallies....no one bought her campaign merchandise...no one bought her new book. Her support was a mile wide and ¼ inch thick. In short, Hillary’s voters didn’t like her. They had no passion, enthusiasm, or intensity. So the polls didn’t matter. Her voters would not show up.

But the best sign of all that Trump was on his way to a Brexit victory was the mock presidential election in ultra-liberal Minnesota. High school kids across the state gave Trump a 34% to 32% victory a few days ago. In Minnesota!

I knew something special and shocking was about to happen. Democrats, the D.C. establishment elite, career politicians, crony capitalist CEOs and the mainstream media never had a clue what was about to hit them.

Millions of angry white voters made this possible. This was our Brexit, starring Donald Trump. I called it “Trexit.”

It was the bet of my life...and it paid off.