There is a Reason Why Hillary is Sick, And I Know Why

Wayne Allyn Root
|
Posted: Sep 22, 2016 12:01 AM
Share   Tweet
The opinions expressed by columnists are their own and do not necessarily represent the views of Townhall.com. 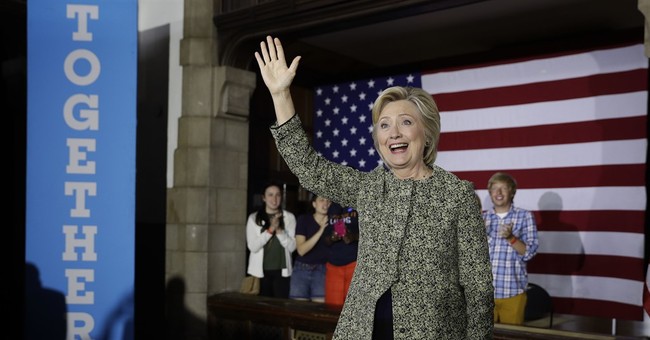 I may not be a M.D., and I may not be Ben Carson, but it doesn't take a brain surgeon to figure out that Hillary is a very sick woman.

Although my first love is conservative politics, my hobby in life is health, fitness and anti-aging. I’ve studied the latest research into health, aging and what causes disease for my entire adult life. Do you know the main cause of illness and disease? Stress.

Stress is the ultimate killer. All debilitating diseases have stress as their root cause. This is the key to what’s happening to poor, sick, frail, fainting, seizure-prone, pneumonia-prone, coughing-fit Hillary.

You see, I know why Hillary is sick.

Hillary knows what’s in those 32,000 deleted emails. It’s enough to ruin her career, kill her presidential campaign, and send her to prison. It’s like a ticking time bomb. And it’s eating away at her. The weight of the world is on Hillary's shoulders.

That’s precisely why Hillary deleted these 32,000 emails. They weren’t “personal.” Does she think we’re all idiots? Does she think we were all born yesterday? Those 32,000 emails she deleted had nothing to do with personal issues. They had everything to do with her many crimes, fraud, extortion, pay-for-play and cover-ups at the Clinton Foundation.

Those 32,000 deleted emails were proof of her many crimes against the American people. Those emails can send her to prison for a long time. That’s why we now know she deleted them AFTER she found out the FBI was demanding she turn them over. She destroyed evidence of her crimes.

Now we get to the stress part that is causing her body to literally fall apart and collapse. Hillary knows what I know. It’s the worst kept secret in Washington DC. Julian Assange of Wikileaks has all of her 32,000 emails. The evidence of her crimes wasn’t destroyed. He has all the evidence. He’s waiting until a week or two before the election to release the smoking gun…the bombshell…the final nail in the coffin…that blows her career to smithereens.

Worst of all, Hillary knows how bad this is going to be. That's simply because she knows what’s in those emails...

Because she wrote them.

Hillary knows Wikileaks will release them in the next month- most probably two weeks or so before the presidential election. Hillary knows her Presidential campaign is DEAD on that day. Every speech, every interview, every TV ad- they are all for nothing. It all ends on that day about a month from now.

The stress of this ticking time bomb is killing her- literally. Her mind is going numb. Her body is shutting down. Pneumonia is the least of her worries. Pneumonia is a by-product of an immune system wrecked by stress.

This is what deep dark secrets do to you. Stress can destroy your body and mind. It can break down your body. It can kill you. This is what happens when you know your worst crimes and deepest, darkest secrets are about to be broadcast to entire world.

Hillary knows she's only 30 days away from going down in history as a criminal, thief, fraud and traitor for selling out the taxpayers, betraying her oath of office, extorting foreign governments, literally putting the Secretary of State’s office up for sale.

Knowing all this, her body is shutting down.

No one could handle THAT kind of stress. Superwoman couldn’t handle knowing the evidence she thought she had destroyed forever, is actually in the hands of your sworn enemy- Julian Assange…and about to be seen by billions of people around the globe.

Soon, everyone will know Hillary's a fraud.

At this point, Hillary is holding back a closet door with 10,000 skeletons screaming and pounding on the door to get out. It's like Chinese water torture. Drip, drip, drip.

Any day now...her political life, presidential ambitions and legacy in the history books will be blown to smithereens.

I know why Hillary is sick. Now you do too.

Soon the whole world will know.