Wayne Allyn Root
|
Posted: Aug 23, 2016 12:01 AM
Share   Tweet
The opinions expressed by columnists are their own and do not necessarily represent the views of Townhall.com. 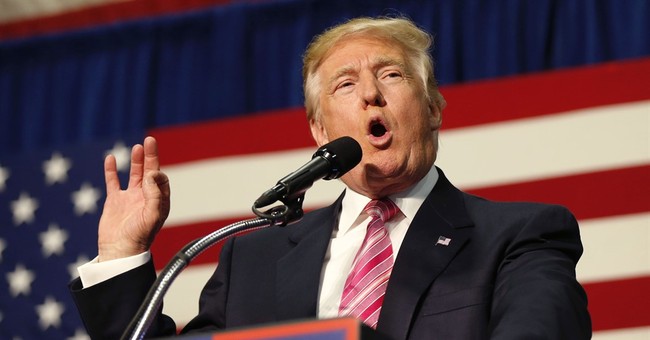 My new book “ANGRY WHITE MALE” comes out today. So it might come as a surprise that the ultimate “Angry White Male” and author of a book about angry white males and “The Trump Phenomenon” would say that black Americans are the key to Trump’s victory.

I’ve been arguing in the media for well over a year now that Donald Trump will win because of 40 million motivated "angry white males." That’s his base…his foundation…his loyal army. Trump is the face of "the angry white male revolution." He is our energy. He sings our anthem. We’re mad as hell at what’s being done to this country and we’re not going to take it anymore.

But angry white males alone won’t win the election. Trump has to expand the tent. I believe Trump will attract the most African American votes of any Republican presidential candidate in modern history. Trump will get upwards of 15 percent of the black vote, with a shot at 20 percent.

Why do I say this? First of all because things have never been worse for black Americans living in the inner cities of America. Pick a city: Chicago, Detroit, Baltimore, New Orleans. The poverty, hopelessness, homelessness, unemployment, violence, murder, drugs, inferior education for their kids- all of it has never been worse.

Trump is taking that case to black America. He is actually the perfect candidate to attempt this feat- because he is so outspoken, controversial and politically incorrect. All the same traits that critics complain about, allow him to "tell it like it is" to black voters. Trump’s willing to say things no other presidential candidate has ever dared say.

Secondly, I have personal anecdotal evidence that Trump is doing far better among black voters than polls indicate. Everywhere I go, because people know me as "Trump’s fiercest supporter" in the national media, black Americans WHISPER in my ear “I’m with you.”

Black voters may not be announcing their choice out loud. They may not be telling pollsters on the phone. But they are whispering “I'm with TRUMP.” When it comes to black Americans, Trump is the "Whisper candidate."

But the key to Trump’s victory won’t just be his percentage of black votes. It's the total number of black votes Hillary receives (or doesn't receive).

I have many friends in the black community. And every one of them reports the same thing- black people don’t like Hillary. Many still won't vote Republican, but they will stay home. Hillary can win an overwhelming 85 percent of the black vote, but if the total number of black voters is down 30 percent or more from 2012, she can’t win the election.

How does Trump seal the deal with black voters?

Raw truth. Tell blacks they are being scammed. They have been lied to. Their neighborhoods are ruined. Their schools are a disgrace. Drug dealers on every corner is a travesty. One third of their male children in prison is a horror. The 58 percent unemployment rate among black youth is unimaginable. The murder rates on their streets is black genocide. This is unacceptable. And it has all happened under 100 percent Democrat Party control of black inner cities.

Trump has already started giving this raw, blunt, truthful message. But the key is to preach it directly from black neighborhoods and inside black churches. Take your case directly to black people, Donald.

Then it’s time to allocate precious resources making your case Donald. Spend serious money on BET (Black Entertainment Television) and radio ads on black music stations- places no Republican has ever dared to go before! And here is what you say:

Show images of the streets of inner city Detroit and Chicago.

Show images of rioting and looting in Baltimore.

Show images of cop cars next to dead bodies with headlines ripped from the news: "120 shot in one week in Chicago, 25 dead. All-time record.”

Then Trump needs to personally say, “Your life declines. Your city burns. Your kids die. Meanwhile Hillary collects $2 billion in the Clinton Foundation from foreign governments. It’s a charity scam. They paid out almost nothing to charity. But Chelsea got a million dollar salary. Chelsea got a $6 million penthouse overlooking Central Park. What did you get?

Did Hillary EVER invest one dollar of her $2 billion back into American inner city neighborhoods? Or schools? Did she ever give a dime to improve your life? Where did the money go to build Haitian schools? Because the Clintons never built what they promised to build. Did it go to Chelsea? To fancy hotel stays? Private jet trips?

The Clintons aren’t your friends. With friends like this, who needs enemies? I’m Donald Trump and I’m offering REAL hope and change. Real jobs. Action. Not talk.”

In follow-up TV and radio ads Trump needs to lay out a plan. He will take the $400 billion Hillary wants to spend on importing Muslim refugees...and instead spend it on black inner cities.

Trump will create black jobs by the millions by building the wall, keeping cheap labor out and changing failing trade deals. Hillary gives you welfare, Trump gives you jobs and dignity.

Trump will team government with churches to find a way to get black fathers back in the home. Democrats fear religion. They don’t want churches involved. Democrats think only government has the answers. How’s that working out for you?

If Trump carries out this plan, he wins the election with a base of 40 million angry white males, combined with historic numbers of black voters that put him over the top. That’s a political coalition never seen in the history of American politics.

Only Trump could pull it off!

And that is the dream of this ANGRY WHITE MALE!