The Plan That Makes Trump President

Wayne Allyn Root
|
Posted: Mar 07, 2016 9:37 AM
Share   Tweet
The opinions expressed by columnists are their own and do not necessarily represent the views of Townhall.com. 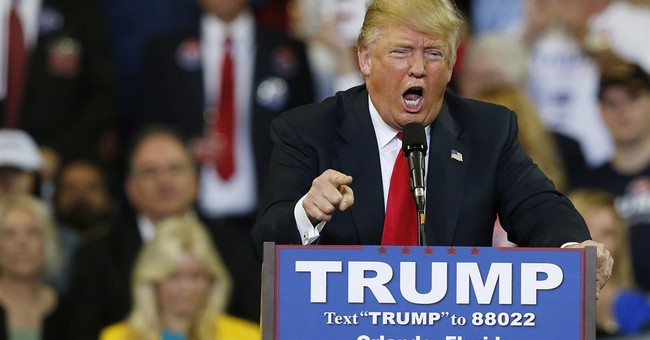 I was the first national political commentator to see the potential of Donald Trump. I believed Trump could win the nomination when only two people in all of America believed it- me and Trump. I wrote about it at FoxNews.com last June.

I was the first to compare Trump to Reagan.

I was the first to talk publicly about Trump’s appeal to blue-collar working class Americans.

So I think I am in perfect position to make some suggestions to the Trump campaign. Here’s my plan to “close the deal” for the man who wrote "The Art of the Deal."

First Trump can put the race away today by going to John Kasich through a third party to make the following offer: “John you’re not winning the nomination. There is no clear path for anyone but me to win the nomination. I’m about to open my wallet and spend $100 million to finish this race once and for all. I want you as my Vice President. Let’s call a press conference tomorrow and announce we’re a team. That means we'll win Ohio together as a team. Race over. With you by my side we beat Hillary and win the White House. You're in charge of balancing the budget for the second time in your remarkable career. I win. You win. America wins.“

How’s that for "The Art of the Deal?” In one swoop Trump has D.C. credibility and experience…the GOP establishment is quieted…Trump is guaranteed to beat Hillary in the Midwest…Trump has the perfect Vice President to win friends and twist arms on Capital Hill for the next 8 years…and he is partners with the architect of the last balanced budget in Congress. Trump can lay claim that Trump-Kasich is good for business…good for the economy…and capable of cutting the debt and balancing the budget.

For the next eight months Donald will be on nonstop flights criss-crossing the nation as he campaigns for president. It’s time to master policy details. Donald Trump graduated the Wharton School at Penn. He is one of the world's great businessmen and visionaries. He’s capable of being as smart as any candidate for president ever. It’s time to show it!

It’s time to meet with "the best of the best" and study the details. Allow no one to ever again say Donald Trump doesn’t have a plan, or he’s short on detail.

It’s time to stop the wise-cracking, insulting and fighting with fellow Republicans. Donald Trump must unite conservatives and the GOP. Excite voters with your plan and your great grasp of details. Announce your GOP "Dream Team."

Bring Dennis Miller on board the campaign to write funny lines for your speeches and debate performances. Reagan became president because he made people laugh and smile. But he never wrote the jokes. Reagan just delivered them.

Bring Peggy Noonan on board to write your speeches. Pay her whatever she wants. You have $10 billion and you want to win the election. It’s time to open up your wallet. Trump is the CEO and visionary- but he needs to hire smart people with writing skills to write speeches based on Trump’s vision.

Then stick to five themes for the rest of the campaign:

1) Economy, economy, economy. It’s horrible. Obama just became the first president in the history of America to preside over 7 straight years of under 3% GDP. That makes him worse than Hoover during the depths of the Great Depression. Hillary says she wants to continue Obama’s policies and legacy. Hang this economy around her neck 24/7.

2) Obamacare. The middle class is being annihilated and bankrupted by Obamacare. They understand exactly what’s happening. They are being purposely targeted for extinction. Promise you’ll repeal and replace 24/7. Make Hillary build her campaign around defending Obamacare. You can ride that one theme straight to the White House.

3) The incompetency and evil of government. The IRS just admitted that they tried to protect the taxpayers whose ID’s were hacked last year…and they were hacked again. This is your government. Trump must attack the evils of government 24/7. Make Hillary defend government and say out loud…with a straight face…that government is good for us…and smart…and competent. That’s the end of Hillary.

5) Start branding Hillary as a criminal. Say it loudly every time the media brings up her name. Say she violated the laws of the United States…she should be under indictment…and she cannot be trusted. Repeat it 24/7 until she is branded as a criminal...and she will never be president.

Lastly, laugh at critics who bring up your business failures. Failure is a natural part of entrepreneurship. All entrepreneurs and visionaries fail. Edison failed 10,000 times before he invented the light bulb. Thank God there are courageous heroes willing to risk, fail and lose their own money. Their courage is what makes America great. Sure you failed a dozen times. Who cares? You also risked billions of dollars…created hundereds of thousands of jobs…paid billions in taxes…and succeeded with hundreds of businesses. Tell your critics to shove it. Not one of your critics has ever had the balls to risk their own money.

They've never failed because they never took a risk. Even your failures pumped billions into the U.S. economy. Your failures are a badge of honor.

Tell them to keep talking about your failures…while you talk about your many successes that helped make America great. May the best candidate win!

Do all of this and Donald J Trump is the next President of the United States.