Here’s How GOP Can Destroy Myth of Obama Economy 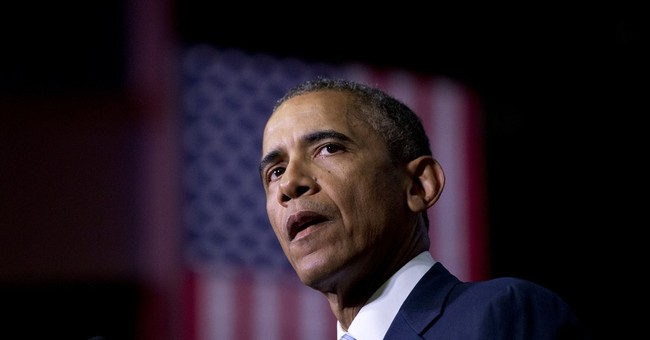 Everywhere we turn in the media, we hear the lie that the Obama economy is in “recovery.” Bill Maher actually taunted Republicans on his show last week, daring them to attack Obama’s economic record. Now it appears that Hillary has bought into this great lie. The word is that Hillary is about to tie her presidential campaign to Obama’s economic policies. Why? Because for the first time she believes the economy is in “recovery.” She is no longer afraid or embarrassed to support Obama’s policies.

Where are the GOP leaders to rip this narrative to shreds? Are they so blind, deaf and dumb that they have no idea there is no recovery for the middle class. There is only misery and poverty. Do Republican leaders believe the lies and propaganda spewed by Obama, his socialist cabal and the biased leftist media? It’s so easy to attack the lies and rip the “good news” to shreds.

So here’s a lesson for GOP leaders from a successful small businessman operating in the REAL OBAMA ECONOMY. Listen and please take notes.

The narrative provided by Obama and his Kool-Aid drinking fans in the media (like Bill Maher) is that the economy is doing great…GDP is up dramatically… unemployment is way down…healthcare costs are down…and Obama has lowered the deficit. These are the same lies told by every Democratic member of Congress, and the GOP lets them get away with these lies. Here is how you debunk them.

So let me get this scam correctly. Obama's voters get "free" healthcare, while middle class America and small business gets bankrupted with the huge bill. Our health insurance premiums are skyrocketing, destroying our quality of life, and Obama calls that proof that GDP is up. That's an achievement?

The GOP needs to attack aggressively. The idea that GDP is rising because of higher healthcare costs that are bankrupting middle class Americans, is not a reason to celebrate.

But wait, the lies get bigger. If the GDP increase for one quarter was primarily produced by increased healthcare spending, then how can Obama’s defenders claim that healthcare spending is down? Where did they get that lie from? Jonathan Gruber? The left just makes up lies - and no one challenges them. My health insurance bill went from $500 per month to $1700 under Obama. Challenge these lies. This message will resonate with middle class consumers (and voters).

Next Obama’s defenders claim unemployment is down. How could it be down if the workforce participation rate is the lowest in history? The answer is fraud. The government doesn't count the people no longer looking for jobs…or who don’t want a job (who would rather sit home collecting welfare). True unemployment is at Great Depression levels.

Worse, the jobs being created are crappy, low wage, part-time jobs. Can you imagine what liberals would say if a white Republican was president and every job created was flipping burgers, mowing lawns or cleaning toilets? They'd say he was trapping minorities in a life of poverty and hopelessness. But a black liberal president receives congratulations. Amazing.

The stock market is up because Obama has added $8 trillion in debt. This is the world's largest Ponzi scheme. We’ve printed trillions in fake dollars to make the stock market go up for the corporate elite (Obama’s biggest donors), to prop up union pension funds (to benefit Obama’s biggest union supporters), and to pay for 107 million Americans on welfare and food stamps (Obama’s most loyal voters). But the mountain of debt is like a credit card credit line that will soon explode, destroying our country and our children’s future. Every politician who supported it should be in jail.

Anyone can use credit cards and mortgages they can't afford to look like they're rich. But when the bill comes due, the whole scheme comes crashing down. America under Obama is one big fraud. The “prosperity” is a mirage, propped up by debt. We are living on borrowed credit.

Debt is a cancer that kills every country it has ever touched. Study ancient Greece, or the Roman Empire. Or ask Venezuela. They are following the exact Obama game plan. They now have massive unrest, starving citizens, food and toilet paper shortages…and the highest stock market in history!

Obama has corrupted and destroyed the system. It’s rigged to make the stock market go up, while hiding the fact that he’s piling up the most debt in world history, mortgaging our future, destroying the middle class, and driving most of the workforce into poverty and government dependency.

Finally there’s the lie that Obama has reduced the deficit. Well this fantastic “reduced” deficit is still higher than the highest deficit under Bush. But let’s give credit, where credit is due. The deficit is down due to you and me-the taxpayers. Obama pushed through the highest tax increases in history. We’re all paying much higher taxes. That’s why the deficit is down. How is that an achievement?

The entire Obama economic “recovery” is a lie. It’s all based on lies, misrepresentations, in some cases pure fraud, higher taxes, massive debt, and on the income redistribution of money from the middle class to the poor and the corporate elite. The rest of us are either drowning, or hanging on for dear life.

Now it’s time for the GOP to go on the offensive. It’s time to debunk the narrative that Obama has produced a “recovery.” If we don’t make that case, get ready for President Hillary Clinton.