Ebola is an Economic Catastrophe 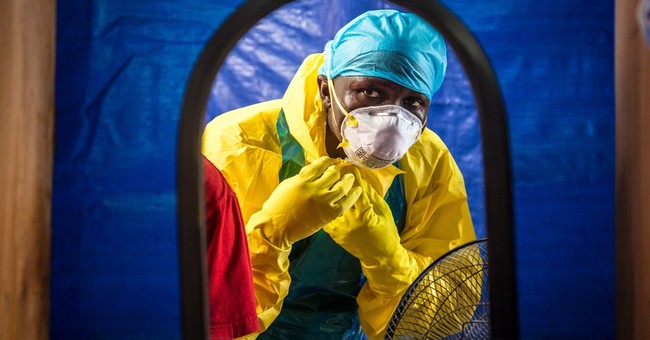 Everyone has it wrong. Americans are frightened to death of the medical implications of Ebola- as well they should be. I’ve never in my lifetime seen a disease that has infected and killed so many healthcare professionals.

Unfortunately I might have also been the first American to experience damage from Ebola to my “personal economy” 2 weeks ago. As a branding expert, I speak at business conventions and conferences all over the world. I had already been booked for weeks as the keynote speaker for an event in Dallas in early November. Then came the announcement that Thomas Duncan was being treated for Ebola in a Dallas hospital.

Within days of this announcement, I got the phone call that the event I was speaking at was cancelled, because so many attendees refused to travel to Dallas. Many who cancelled called it “the epicenter of Ebola in the United States.” They were all frightened that Ebola could spread in Dallas like wildfire by November.

Already 2 weeks ago- just with the knowledge that one person had contracted Ebola- Dallas was stigmatized. Whether Dallas’ political or business leaders understood it or not back then, the Dallas economy was about to suffer a terrible blow. So is any other city or industry that comes into contact with "the brand" Ebola. Airlines could be ruined. Cruise lines could be ruined. The economies of entire cities could be crippled.

My fear today – based on personal experience- is not of the medical damage of an Ebola pandemic (or even the threat of one), but of the potential catastrophic damage to the U.S. economy. The implications are enormous. The entire U.S. economy could suffer what Dallas is already experiencing- a devastating decline in travel and commerce.

Consider the implications. My hometown is Las Vegas, Nevada- the tourism and convention capital of America. One single case of Ebola in Las Vegas and tourism could suffer a dramatic decline or shutdown. The lobbies of mega resort casinos will instantly look like the days after 9-11, when you could roll a bowling ball through the main lobby of famous hotels like Bellagio, MGM Grand, Mirage and Venetian and hit no one. They were ghost towns in the aftermath of the World Trade Center terrorist attack and airline shutdown. They remained ghost towns for months after 9-11. Billions of dollars were lost.

Ebola could make the economic damage of 9-11 look like "child’s play" in Vegas…in Orlando…in Manhattan…in Hollywood…in any or perhaps every tourist center of America. 9-11 was a one-day event. Ebola doesn’t end in a day. Once a deadly Ebola pandemic starts, it plays out for weeks, or months, or even years. The fear of flying, traveling, or attending events in public places with crowds might last for years.

Yes, the health implications of catching or dying from Ebola is certainly something to fear. But the economic implications are far worse. Because Ebola doesn’t have to kill thousands, or tens of thousands, or hundreds of thousands, to destroy the U.S. economy. Only a handful of cases could incite enough fear and panic to bring all commerce to a halt. Ask the city of Dallas. Ask Frontier Airlines. Ask Carnival Cruises. Ask travel operators who book African safaris- their businesses have been crippled. Bookings are off by as much as much as 70% in the past month.

The tragic part about this is it never had to happen. The blame falls squarely on one man- President Barack Obama. No one could have guaranteed Ebola would not come to our shores. But the odds of a pandemic, panic and economic collapse could have been reduced to almost nil with five simple measures:

1.Secure and seal the border with Mexico.

2. Ban all flights from the Ebola Zone. This should have been done 3 months ago and Thomas Duncan could never have come to America. Those two nurses would not be infected.

3. Quarantine every Ebola Zone citizen traveling into the United States, no matter where their flight comes from.

4. Recall thousands of U.S. troops sent into harm’s way in the Ebola Zone to fight an invisible deadly virus, thereby risking a devastating pandemic among our military personnel (and the spread of Ebola back to their families and communities in America).

5. Who is in charge? Both the President and CDC obviously have no idea what they’re doing. Confusion and paralysis reigns. We need an “Ebola Czar” who is a well-respected, world-class medical expert, not a political hack whose resume is a tribute to handing out government contracts to Democratic donors. This is a life or death situation. This is no time to play politics.

Or is this just another case of "Let no crisis go to waste"? The right choice to calm America would be the brilliant retired neurosurgeon Dr. Benjamin Carson.

Any Ebola pandemic and the economic collapse that results falls squarely upon the shoulders of the man whose poor decisions made his all possible- President Barack Obama.