Walter E. Williams
|
Posted: Oct 30, 2019 12:01 AM
Share   Tweet
The opinions expressed by columnists are their own and do not necessarily represent the views of Townhall.com. 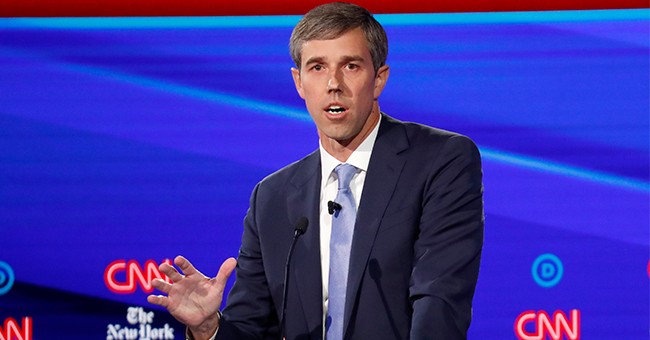 Gun control did not become politically acceptable until the Gun Control Act of 1968 signed into law by President Lyndon B. Johnson. The law's primary focus was to regulate commerce in firearms by prohibiting interstate firearms transfers except among licensed manufacturers, dealers and importers. Today's gun control advocates have gone much further, calling for an outright ban of what they call assault rifles such as the AR-15. By the way, AR stands for ArmaLite Rifle, which is manufactured by Colt Manufacturing Co. As for being a military assault weapon, our soldiers would be laughed off the battlefield carrying AR-15s.

Let's look at some FBI statistics on homicide and then you can decide how many homicides would be prevented by a ban on rifles. The FBI lists murder victims by weapon from 2014 to 2018 in their 2018 report on Crime in the United States. It turns out that slightly over 2% (297) out of a total of 14,123 homicides were committed with rifles. A total of 1,515 or 11% of homicides were committed by knives. Four hundred and forty-three people were murdered with a hammer, club or some other bludgeoning instrument. Six hundred seventy-two people were murdered by a hand, foot or fist. Handguns accounted for the most murders -- 6,603.

What these statistics point out clearly is that the so-called assault weapons ban and mandatory buyback plan that 2020 Democratic presidential hopeful Beto O'Rourke and others call for, will do little or nothing to bring down homicides. More homicides could be prevented by advocating for knife control, hammer control and feet and fist control.

Gun controllers' belief that "easy" gun availability is our problem ignores U.S. history. Guns were far more readily available yesteryear. One could mail order a gun from Sears or walk into a hardware store or a pawnshop to make a purchase. With truly easy gun availability throughout our history, there was nowhere near the mayhem and mass murder that we see today. Here's my question to all those who want restrictions placed on gun sales: Were the firearms of yesteryear better behaved than those same firearms are today? That's really a silly question; guns are inanimate objects and have no capacity to act. Our problem is a widespread decline in moral values that has nothing to do with guns. That decline includes disrespect for those in authority, disrespect for oneself, little accountability for anti-social behavior and a scuttling of religious teachings that reinforce moral values.

Let's examine some elements of this decline.

If any American who passed away before 1960 were to return to today's America, they would not believe the kind of personal behavior acceptable today. They wouldn't believe that youngsters could get away with cursing at and assaulting teachers. They wouldn't believe that cities such as Philadelphia, Chicago, St. Louis and Baltimore hire hundreds of school police officers and that in some schools, students must go through metal detectors. During my own primary and secondary schooling in Philadelphia, from 1942 to 1954, the only time we saw a policeman in school was during an assembly period where we had to listen to a boring lecture from Officer Friendly on safety. Our ancestors also wouldn't believe that we're now debating whether teachers should be armed.

Americans who call for stricter and stricter gun control know that getting rid of rifles will do little or nothing for the nation's homicide rate. Their calls for more restrictive gun laws are part of a larger strategy to outlaw gun ownership altogether. You have to wonder what these people have in store for us when they've eliminated our means to defend ourselves.

Venezuela dictator Nicolas Maduro banned private gun ownership in 2012. The result is that Venezuelans had no way to protect themselves from criminals and government troops who preyed upon them. After Fidel Castro's demand for gun confiscation, he said, "Armas para que?" ("Guns, for what?") Cubans later found out.