Beginning of US Slavery

Walter E. Williams
|
Posted: Aug 28, 2019 12:01 AM
Share   Tweet
The opinions expressed by columnists are their own and do not necessarily represent the views of Townhall.com. 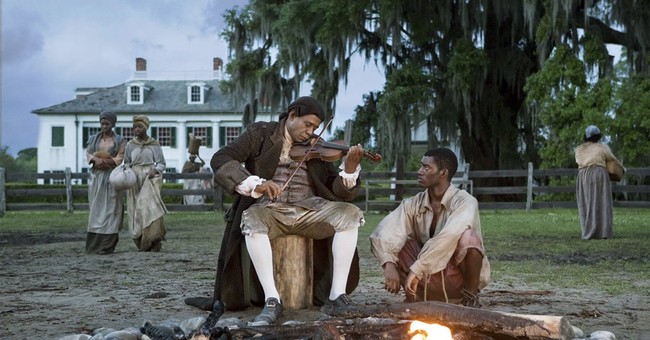 The New York Times has begun a major initiative, the "1619 Project," to observe the 400th anniversary of the beginning of American slavery. It aims to reframe American history so that slavery and the contributions of black Americans explain who we are as a nation. Nikole Hannah-Jones, staff writer for The New York Times Magazine wrote the lead article, "America Wasn't a Democracy, Until Black Americans Made It One." She writes, "Without the idealistic, strenuous and patriotic efforts of black Americans, our democracy today would most likely look very different -- it might not be a democracy at all."

There are several challenges one can make about Hannah-Jones's article, but I'm going to focus on the article's most serious error, namely that the nation's founders intended for us to be a democracy. That error is shared by too many Americans. The word democracy appears nowhere in the two most fundamental founding documents of our nation -- the Declaration of Independence and the U.S. Constitution. Instead of a democracy, the Constitution's Article IV, Section 4, declares, "The United States shall guarantee to every State in this Union a Republican Form of Government." Think about it and ask yourself whether our Pledge of Allegiance says to "the democracy for which it stands" or to "the republic for which it stands." Is Julia Ward Howe's popular Civil War song titled "The Battle Hymn of the Democracy" or "The Battle Hymn of the Republic"?

The founders had utter contempt for democracy. James Madison, the acknowledged father of the Constitution, wrote in Federalist Paper No. 10, that in a pure democracy "there is nothing to check the inducement to sacrifice the weaker party or the obnoxious individual." At the 1787 Constitutional Convention, delegate Edmund Randolph said, "that in tracing these evils to their origin every man had found it in the turbulence and follies of democracy." John Adams said: "Remember, democracy never lasts long. It soon wastes, exhausts, and murders itself. There was never a democracy yet that did not commit suicide." U.S. Supreme Court Chief Justice John Marshall observed, "Between a balanced republic and a democracy, the difference is like that between order and chaos."

The U.S. Constitution is replete with anti-majority rule, undemocratic provisions. One provision, heavily criticized, is the Electoral College. In their wisdom, the framers gave us the Electoral College so that in presidential elections, heavily populated states could not run roughshod over sparsely populated states. In order to amend the Constitution, it requires a two-thirds vote of both Houses, or two-thirds of state legislatures, to propose an amendment, and requires three-fourths of state legislatures for ratification. Part of the reason for having a bicameral Congress is that it places another obstacle to majority rule. Fifty-one senators can block the wishes of 435 representatives and 49 senators. The president, with a veto, can thwart the will of all 535 members of Congress. It takes a two-thirds vote, not just a majority, of both houses of Congress to override a presidential veto.

The significance of this is that in 1865, neither a slave nor a slave owner would have believed that such progress would be possible in less than a century and a half, if ever. As such, it speaks to the intestinal fortitude of a people. Just as importantly, it speaks to the greatness of a nation within which such progress was possible, progress that would have been impossible anywhere else. The challenge before us is how those gains can be extended to a large percentage of black people for whom they appear elusive.