Colleges: A Force For Evil

Walter E. Williams
|
Posted: Aug 08, 2018 12:01 AM
Share   Tweet
The opinions expressed by columnists are their own and do not necessarily represent the views of Townhall.com. 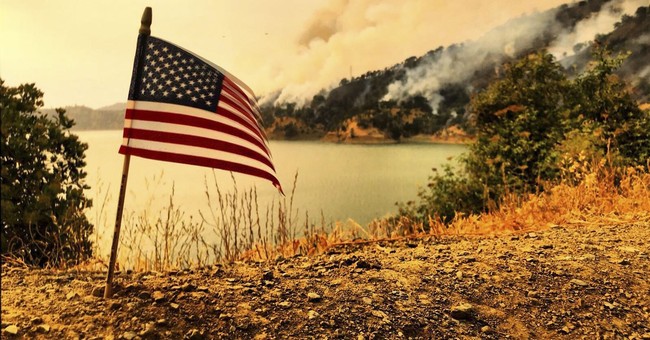 Many of the nation's colleges have become a force for evil and a focal point for the destruction of traditional American values. The threat to our future lies in the fact that today's college students are tomorrow's teachers, professors, judges, attorneys, legislators and policymakers. A recent Brookings Institution poll suggests that nearly half of college students believe that hate speech is not protected by the First Amendment. Of course, it is. Fifty-one percent of students think that it's acceptable to shout down a speaker with whom they disagree. About 20 percent of students hold that it's acceptable to use violence to prevent a speaker from speaking, over 50 percent say colleges should prohibit speech and viewpoints that might offend certain people.  Contempt for the First Amendment and other constitutional guarantees is probably shared by the students' high school teachers, as well as many college professors.

Brainwashing and indoctrination of young people has produced some predictable results, as shown by a recent Gallup Poll. For the past 18 years, Gallup has asked adults how proud they are to be Americans. This year, only 47 percent say they are "extremely proud," well below the peak of 70 percent in 2003. The least proud to be Americans are nonwhites, young adults and college graduates. The proudest Americans are those older than 50 and those who did not graduate from college. The latter might be explained by their limited exposure to America's academic elite.

Johnetta Benton, a teacher at Hampton Middle School near Atlanta, was recorded telling her sixth-grade students, "America has never been great for minorities." In a tirade, she told her class: "Because Europeans came from Europe ... you are an immigrant. You are an illegal immigrant because you came and just took it. ... You are an immigrant. This is not your country." To exploit young, immature young people this way represents an act of supreme cowardice. The teacher should be fired, but I'm guessing that her colleagues share her sympathies. At the same school, students were given a homework assignment that required them to write a letter asking lawmakers for stricter gun control laws.

One might be tempted to argue that the growing contempt for liberty and the lack of civility stem from the election of Donald Trump. That's entirely wrong. The lack of civility and indoctrination of our young people have been going on for decades. UCLA history professor Mary Corey told her class: "Capitalism isn't a lie on purpose. It's just a lie." She added that capitalists "are swine. ... They're bastard people." An English professor at Montclair State University, in New Jersey, told his students, "Conservatism champions racism, exploitation and imperialist war." An ethnic studies professor at California State University, Northridge and Pasadena City College teaches that "the role of students and teachers in ethnic studies is to comfort the afflicted and afflict the comfortable." The University of California, Santa Barbara's school of education emailed its faculty members to ask them to consider classroom options concerning the Iraq War, suggesting they excuse students from class to attend anti-war events and give them extra credit for writing about it. Rodney Swanson, a UCLA economics professor, told his class, "The United States of America, backed by facts, is the greediest and most selfish country in the world."

There is little question that colleges stand at the forefront of an attack on America and Western values. Leftists often say that the U.S. is the world's worst country. But here are some empirical facts they might explain. According to a recent Gallup Poll, about 13 percent of the world's adults -- 630 million people -- would like to move to another country. Roughly 138 million would like to live in the U.S. -- making us the No. 1 destination, followed by the U.K., Canada and France . There's something exceptionally appealing about America and the Western world that leftists choose to ignore or lie about.