Walter E. Williams
|
Posted: Apr 12, 2017 12:01 AM
Share   Tweet
The opinions expressed by columnists are their own and do not necessarily represent the views of Townhall.com. 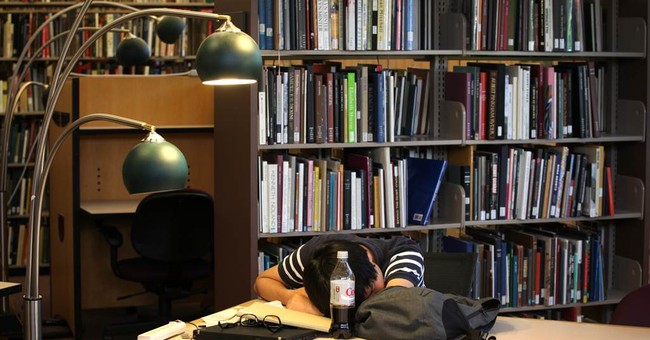 Trending
The average American has little knowledge of the extent to which our institutions of higher learning have been infected with a spreading cancer. One aspect of that cancer is akin to the loyalty oaths of the 1940s and '50s. Professors were often required to sign statements that affirmed their loyalty to the United States government plus swear they were not members of any organizations, including the Communist Party USA, that sought the overthrow of the United States government. Fortunately, the U.S. Supreme Court struck down loyalty oaths as a condition of employment in 1964.

Today we're seeing the re-emergence of the mentality that gave us loyalty oaths, in the form of mandating that faculty members write "diversity statements," especially as part of hiring and promotion procedures. They are forced to pledge allegiance to the college's diversity agenda. For example, the University of California, San Diego requires that one's "Contributions to Diversity Statement" describe one's "past experience, activities and future plans to advance diversity, equity and inclusion, in alignment with UC San Diego's mission to reflect the diversity of California and to meet the educational needs and interests of its diverse population (http://tinyurl.com/mm6vzzq)." George Leef, director of research at The James G. Martin Center for Academic Renewal, has written an article titled "Loyalty Oaths Return with Faculty 'Diversity Statements'" (http://tinyurl.com/mxy363c). His article documents the growing trend of mandated faculty diversity statements -- such as that at Virginia Tech, in which "candidates should include a list of activities that promote or contribute to inclusive teaching, research, outreach, and service."

College diversity agendas are little more than a call for ideological conformity. Diversity only means racial, sex and sexual orientation quotas. In pursuit of this agenda, colleges spend billions of dollars on offices of diversity and inclusion, diversity classes, and diversity indoctrination. The last thing that diversity hustlers want is diversity in ideas. By the way, the next time you hear a college president boasting about how diverse his college is, ask him how many Republican faculty members there are in his journalism, psychology, English and sociology departments. In many cases, there are none, and in others, the ratio of Democrats to Republicans might be 20-to-1. Nearly 100 percent of political campaign contributions from liberal arts faculty go to Democrats. At Cornell University, for example, 97 percent of contributions from faculty went to Democrats. At Georgetown University, it was 96 percent.

A study by my George Mason University colleague Daniel B. Klein, along with Charlotta Stern, titled "Professors and Their Politics: The Policy Views of Social Scientists" (http://tinyurl.com/qxne3db), concluded: "The academic social sciences are pretty much a one-party system. Were the Democratic tent broad, the one-party system might have intellectual diversity. But the data show almost no diversity of opinion among the Democratic professors when it comes to the regulatory, redistributive state: they like it. Especially when it comes to the minimum wage, workplace-safety regulation, pharmaceutical regulation, environmental regulation, discrimination regulation, gun control, income redistribution, and public schooling."

The fascist college trend that we are witnessing today is by no means new. As early as 1991, Yale University President Benno Schmidt warned: "The most serious problems of freedom of expression in our society today exist on our campuses. The assumption seems to be that the purpose of education is to induce correct opinion rather than to search for wisdom and to liberate the mind."

What diversity oaths seek is to maintain political conformity among the faculty indoctrinating our impressionable, intellectually immature young people. Vladimir Lenin said, "Give me four years to teach the children and the seed I have sown will never be uprooted." That's the goal of the leftist teaching agenda.

You might ask, "Williams, what can be done?" Parents, donors and legislatures need to stop being lazy. Check to see whether a college has diversity mandates for faculty. Check to see whether campus speakers have been disinvited. College administrators have closed minds about their diversity agenda, but there's nothing more effective in opening up closed minds than the sound of pocketbooks snapping shut.