Walter E. Williams
|
Posted: May 04, 2016 12:01 AM
Share   Tweet
The opinions expressed by columnists are their own and do not necessarily represent the views of Townhall.com. 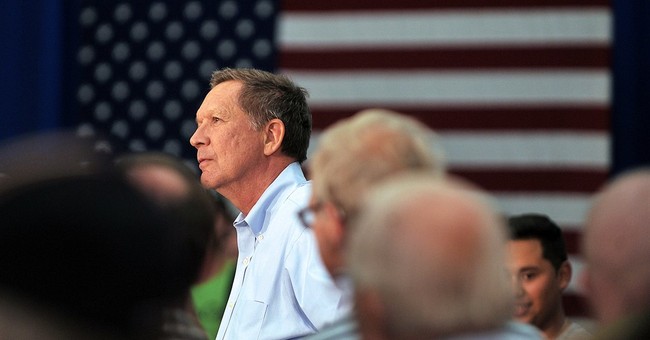 Trending
Republican presidential aspirant John Kasich stirred up angry words from women's organizations and the Democratic Party by his response to a question from a female college student at a town hall meeting in Watertown, New York, regarding sexual assault. Kasich said all the right things about prosecuting offenders, but what got the Ohio governor in trouble with leftists was the end of his response: "I'd also give you one bit of advice: Don't go to parties where there's a lot of alcohol, OK? Don't do that." Let's examine that advice. To do so, let's ask some general questions about common sense.

Does one have a right to put his wallet on the hood of his car, attend a movie show, return and find his wallet and its contents undisturbed? You say, "Williams, you've lost it! Why would one do such a crazy thing?" If that's your response, you miss the point made by Kasich's critics. People are duty-bound to respect private property rights. So why shouldn't one feel at ease leaving his wallet on the hood of his car and expect it to be there when he returns?

If the person's wallet were stolen, what would you advise? Would it be to counsel people to respect private property rights? Put into the context of feminists' responses to Kasich's suggestion, you might argue that it's outrageous to suggest that people "restrict their behavior." Plain, ordinary common sense would say yes, a person has the right to lay his wallet on the hood of his car and expect it to be there when he returns. But we don't live in a world full of angels; therefore, the best bet is for one to keep his wallet in his pocket.

Here's a does-the-same-principle-apply question. Does a voluptuous, scantily clad young woman have a right to attend a rowdy fraternity party, dance suggestively, get drunk and face no unwelcome sexual advances? My answer is yes. Her body is her private property, and she has every right to expect that her inebriated state not be exploited. Suppose you were the young woman's father. Would you advise the following? "Go ahead and wear scanty attire, dance suggestively and get drunk. If a guy makes unwelcome advances, we'll catch him and bring rape charges." I'm betting that most fathers' advice would be the opposite, namely: "Dress and behave like a respectable lady, and don't attend drunken parties and get drunk." It's similar to the advice about leaving a wallet on the hood of a car. People are not angels, and one's conduct ought to take that into consideration.

Suppose you have a well-behaved, law-abiding son whose friends are not so well-behaved and law-abiding. They do drugs, shoplift and play hooky. Your son does none of those things. As a responsible parent, your advice to your son would be that it is better to be alone than in the wrong company and that people judge you based upon the people with whom you associate. Your son might respond by saying, "I have rights. If I'm not doing something wrong, I shouldn't be judged based on what my friends do!" Your response should be, "You're right, but unfortunately, the world doesn't work that way."

Here's another common-sense issue particularly relevant to today's police/citizen relations. Suppose it's the middle of the night and a police officer is suspicious of a young male driver. The officer uses the excuse that the young man made an illegal lane change to pull him over. If the driver were your son, what would you advise him to do, exercise his free speech rights to berate the officer for making a stop on such a flimsy basis? Or would you advise him to quietly give the officer his license and registration and answer the officer's questions, which probably would allow him to drive away without a citation at all?

To teach young people, particularly young men, Benjamin Franklin's admonition that "an ounce of prevention is worth a pound of cure" is a challenging task. But it is the job of adults to get such common-sense messages across, even at the cost of leftist condemnation.