The Seen and Unseen

Walter E. Williams
|
Posted: Mar 09, 2016 12:01 AM
Share   Tweet
The opinions expressed by columnists are their own and do not necessarily represent the views of Townhall.com. 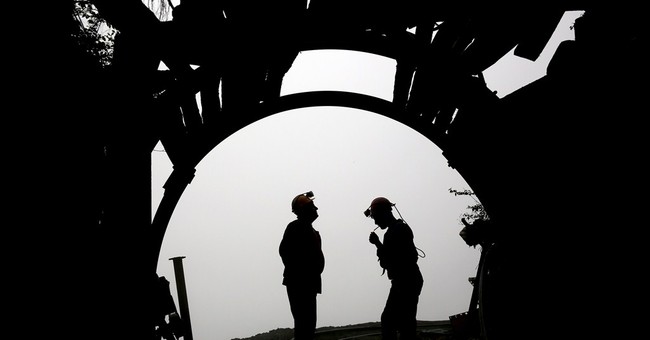 Claude Frederic Bastiat (1801-50) -- a French classical liberal theorist, political economist and member of the French National Assembly -- wrote an influential essay titled "That Which Is Seen and That Which Is Not Seen." Bastiat argued that when making laws or economic decisions, it is imperative that we examine not only what is seen but what is unseen. In other words, examine the whole picture.

Americans who support tariffs on foreign goods could benefit immensely from Bastiat's admonition. A concrete example was the Bush administration's 8 to 30 percent tariffs in 2002 on several types of imported steel. They were levied in an effort to protect jobs in the ailing U.S. steel industry. Those tariffs caused the domestic price for some steel products, such as hot-rolled steel, to rise by as much as 40 percent. The clear beneficiaries of the steel tariffs were steel industry executives and stockholders and the 1,700 or so steelworkers whose jobs were saved. But there is no such thing as a free lunch or a something-for-nothing machine. Whenever there is a benefit of doing something, there is a guaranteed cost.

A study by the Peterson Institute for International Economics, predicted that saving those 1,700 jobs in the steel industry would cost American consumers $800,000 per job, in the form of higher prices. That's just the monetary side of the picture. According to a study commissioned by the Consuming Industries Trade Action Coalition, steel-using industries -- such as the U.S. auto industry, its suppliers, heavy construction equipment manufacturers and others -- were harmed by higher steel prices. It is estimated that the steel tariffs caused at least 4,500 job losses in no fewer than 16 states, with over 19,000 jobs lost in California, 16,000 in Texas and about 10,000 each in Ohio, Michigan and Illinois. In other words, industries that use steel were forced to pay higher prices, causing them to have to raise prices on what they produced. As a result, they became less competitive in both domestic and international markets and thus had to lay off workers.

Tariff policy beneficiaries are always seen, but its victims are mostly unseen. Politicians love this. The reason is simple. The beneficiaries know for whom to cast their ballots and to whom to give campaign contributions. Most often, the victims do not know whom to blame for their calamity.

Here's my question to those who want to use tariffs to fight cheap imports in the name of saving jobs: Seeing as back in 2002, the typical hourly wage of a steelworker ranged between $15 and $20, in addition to fringe benefits -- so we might be talking about an annual wage package averaging $50,000 to $55,000 -- how much sense did it make for American consumers to have to pay $800,000 in higher prices, not to mention lost employment in steel-using industries, to save each job? It would have been cheaper to tax ourselves and give each of those 1,700 steelworkers a $100,000 annual check. Doing so would have been far less costly to Americans than the steel tariffs, but it would have been politically impossible. Why? The cost of protecting those steel jobs would have been apparent and hence repulsive to most Americans. Tariffs conceal such costs.

When Congress creates a special privilege for some Americans, it must of necessity come at the expense of other Americans. Then Americans who are harmed, such as the steel-using auto industry, descend on Congress asking for some kind of relief for themselves. It all reminds me of a passage in a Negro spiritual play written by Marcus Cook Connelly, titled "The Green Pastures," wherein God laments to the angel Gabriel, "Every time Ah passes a miracle, Ah has to pass fo' or five mo' to ketch up wid it." I think Congress ought to get out of the miracle business and leave miracle-making up to God.