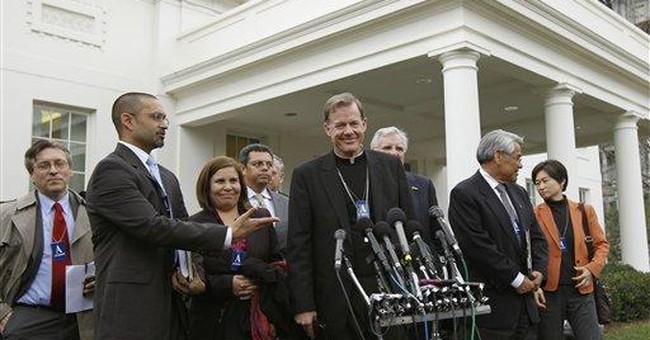 Here's how my June 14, 2006 column started: "Down through the years, I've attempted to warn my fellow Americans about the tyrannical precedent and template for further tyranny set by anti-tobacco zealots. ... In the early stages of the anti-tobacco campaign, there were calls for "reasonable" measures such as non-smoking sections on airplanes and health warnings on cigarette packs. In the 1970s, no one would have ever believed such measures would have evolved into today's level of attack on smokers, which includes confiscatory cigarette taxes and bans on outdoor smoking. The door was opened, and the zealots took over."

What the anti-tobacco zealots established is that government had the right to forcibly control our lives if it was done in the name of protecting our health. In the Foundation for Economic Education's Freeman publication, I wrote a column titled "Nazi Tactics" (January 2003): "These people who want to control our lives are almost finished with smokers; but never in history has a tyrant arisen one day and decided to tyrannize no more. The nation's tyrants have now turned their attention to the vilification of fast food chains such as McDonald's, Burger King, Wendy's and Kentucky Fried Chicken, charging them with having created an addiction to fatty foods. ... In their campaign against fast food chains, restaurants and soda and candy manufacturers the nation's food Nazis always refer to the anti-tobacco campaign as the model for their agenda."

America's tyrants have now turned their attention to salt, as reported in the Washington Post's article "FDA plans to limit amount of salt allowed in processed foods for health reasons" (April 19, 2010). Why do food processors put a certain quantity of salt in their products? The answer is the people who buy their product like it and they earn profits by pleasing customers. The FDA has taken the position that what the American buying public wants is irrelevant. They know what's best and if you disagree, they will fine, jail or put you out of business.

Tyranny knows no bounds. Let's say that the FDA orders Stouffer's to no longer put 970 mg of sodium in their roasted turkey dinner; they mandate a maximum of 400 mg. Suppose Stouffer's customers, assuming they continue buying the product, add more salt -- what will the FDA do? The answer is easy. They will copy the successful anti-tobacco zealot template. They might start out with warning labels on salt. Congress will levy confiscatory taxes on salt. Maybe lawsuits will be brought against salt companies. State and local agencies might deny child adoption rights to couples found using too much salt. Before a couple can adopt a baby, they would have to take a blood test to determine their dietary habits. Teachers might ask schoolchildren to report their parents for adding salt to their meals. You might say, "Williams, they'd never go that far in the name of health." In 1960, you might have said the same thing about tobacco zealots but yet they've done the same and more.

The late H.L. Mencken's description of health care professionals in his day is just as appropriate for many of today's: "A certain section of medical opinion, in late years, has succumbed to the messianic delusion. Its spokesmen are not content to deal with the patients who come to them for advice; they conceive it to be their duty to force their advice upon everyone, including especially those who don't want it. That duty is purely imaginary. It is born of vanity, not of public spirit. The impulse behind it is not altruism, but a mere yearning to run things."

Thomas Jefferson put it simpler in his Notes on Religion in 1776, "Laws provide against injury from others, but not from ourselves."

Sorry Liberals, But The Nazis Were Progressive Leftists
Townhall
Liz Cheney threatens to stop being a Republican if Trump is the 2024 nominee and LOL that's a whole lotta backfire
Twitchy
Democrats See Red After Latest Major Poll Flips the Narrative
Redstate
THIS IS NOT THE AMERICA I KNOW: Dozens of FBI Agents Raid Home of Catholic Pro-Life Activist as Children Scream in Terror
PJ Media