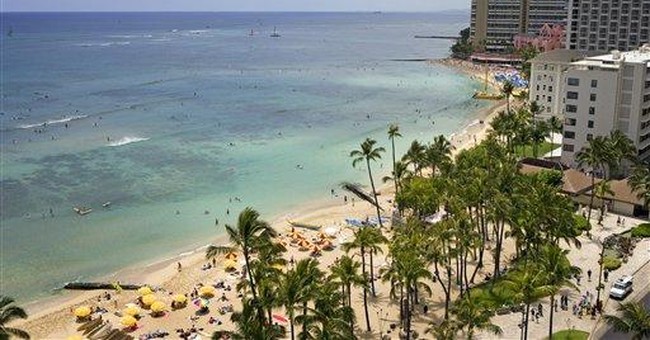 John Coleman, founder of the Weather Channel, in an hour-long television documentary titled "Global Warming: The Other Side," presents evidence that our National Climatic Data Center has been manipulating weather data just as the now disgraced and under investigation British University of East Anglia Climate Research Unit. The NCDC is a division of the U.S. National Oceanic and Atmospheric Administration. Its manipulated climate data is used by the Goddard Institute of Space Studies, which is a division of the National Aeronautical and Space Administration. John Coleman's blockbuster five-part series can be seen here.

The Coleman documentary presents research by computer expert E. Michael Smith and Certified Consulting Meteorologist Joseph D'Aleo. During the 1960s and into the 1980s, the number of stations used for calculating global surface temperatures was about 6,000. By 1990, the number of stations dropped rapidly to about 1,500. Most of the stations lost were in the colder regions of the Earth. Not adjusting for their lost made temperatures appear to be higher than was in fact the case. According to Science & Environmental Policy Project, Russia reported that CRU was ignoring data from colder regions of Russia, even though these stations were still reporting data. That means data loss was not simply the result of station closings but deliberate decisions by CRU to ignore them in order to hype their global warming claims. D'Aleo and Smith report that our NCDC engaged in similar deceptive activity where they have dropped stations, particularly in colder climates, higher elevations or closer to the polar regions. Temperatures are now simply projected for these colder stations from other stations, usually in warmer climates.

Mounting evidence of scientific fraud might make little difference in terms of the response to manmade global warming hysteria. Why? Vested economic and political interests have emerged where trillions of dollars and social control are at stake. Therefore, many people who recognize the scientific fraud underlying global warming claims are likely to defend it anyway. Automobile companies have invested billions in research and investment in producing "green cars." General Electric and Phillips have spent millions lobbying Congress to outlaw incandescent bulbs so that they can force us to buy costly compact fluorescent light bulbs (CFL). Farmers and ethanol manufacturers have gotten Congress to enact laws mandating greater use of their product, not to mention massive subsidies. Thousands of major corporations around the world have taken steps to reduce carbon emissions including giants like IBM, Nike, Coca-Cola and BP, the oil giant. Companies like Google, Yahoo and Dell have vowed to become "carbon neutral."

Then there's Chicago Climate Futures Exchange that plans to trade in billions of dollars of greenhouse gas emission allowances. Corporate America and labor unions, as well as their international counterparts have a huge multi-trillion dollar financial stake in the perpetuation of the global warming fraud. Federal, state and local agencies have spent billions of dollars and created millions of jobs to deal with one aspect or another of global warming.

It's deeper than just money. Schoolteachers have created polar-bear-dying lectures to frighten and indoctrinate our children when in fact there are more polar bears now than in 1950. They've taught children about melting glaciers. Just recently, the International Panel on Climate Change was forced to admit that their Himalayan glacier-melting fraud was done to "impact policy makers and politicians and encourage them to take some concrete action."

What would all the beneficiaries of the global warming hype do if it becomes widely known and accepted that mankind's activities have very little to do with the Earth's temperature? I don't know but a lot of people would feel and look like idiots. But I bet that even if the permafrost returned as far south as New Jersey, as it once did, the warmers and their congressional stooges would still call for measures to fight global warming.