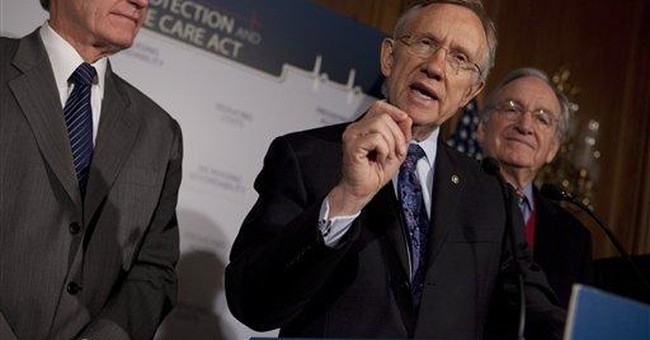 Detroit's (predominantly black) public schools are the worst in the nation and it takes some doing to be worse than Washington, D.C. Only 3 percent of Detroit's fourth-graders scored proficient on the most recent National Assessment of Education Progress (NAEP) test, sometimes called "The Nation's Report Card." Twenty-eight percent scored basic and 69 percent below basic. "Below basic" is the NAEP category when students are unable to demonstrate even partial mastery of knowledge and skills fundamental for proficient work at their grade level. It's the same story for Detroit's eighth-graders. Four percent scored proficient, 18 percent basic and 77 percent below basic.

Michael Casserly, executive director of the D.C.-based Council on Great City Schools, in an article appearing in Crain's Detroit Business, (12/8/09) titled, "Detroit's Public Schools Post Worst Scores on Record in National Assessment," said, "There is no jurisdiction of any kind, at any level, at any time in the 30-year history of NAEP that has ever registered such low numbers." The academic performance of black students in other large cities such as Philadelphia, Chicago, New York and Los Angeles is not much better than Detroit and Washington.

What's to be done about this tragic state of black education? The education establishment and politicians tell us that we need to spend more for higher teacher pay and smaller class size. The fact of business is higher teacher salaries and smaller class sizes mean little or nothing in terms of academic achievement. Washington, D.C., for example spends over $15,000 per student, has class sizes smaller than the nation's average, and with an average annual salary of $61,195, its teachers are the most highly paid in the nation.

What about role models? Standard psychobabble asserts a positive relationship between the race of teachers and administrators and student performance. That's nonsense. Black academic performance is the worst in the very cities where large percentages of teachers and administrators are black, and often the school superintendent is black, the mayor is black, most of the city council is black and very often the chief of police is black.

Black people have accepted hare-brained ideas that have made large percentages of black youngsters virtually useless in an increasingly technological economy. This destruction will continue until the day comes when black people are willing to turn their backs on liberals and the education establishment's agenda and confront issues that are both embarrassing and uncomfortable. To a lesser extent, this also applies to whites because the educational performance of many white kids is nothing to write home about; it's just not the disaster that black education is.

Another issue deemed too delicate to discuss is the overall quality of people teaching our children. Students who have chosen education as their major have the lowest SAT scores of any other major. Students who have an education degree earn lower scores than any other major on graduate school admission tests such as the GRE, MCAT or LSAT. Schools of education, either graduate or undergraduate, represent the academic slums of most any university. They are home to the least able students and professors. Schools of education should be shut down.

Yet another issue is the academic fraud committed by teachers and administrators. After all, what is it when a student is granted a diploma certifying a 12th grade level of achievement when in fact he can't perform at the sixth- or seventh-grade level?

Prospects for improvement in black education are not likely given the cozy relationship between black politicians, civil rights organizations and teacher unions.