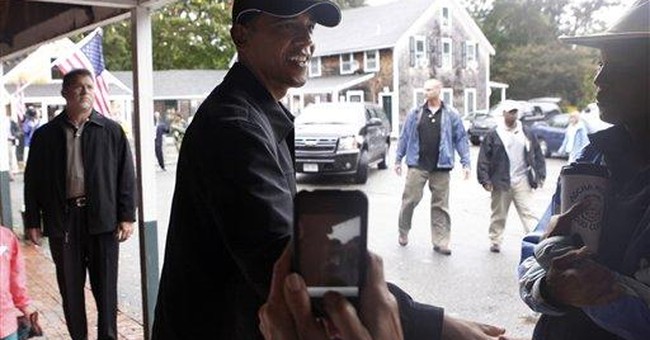 President Obama and congressional supporters estimate that his health care plan will cost between $50 and $65 billion a year. Such cost estimates are lies whether they come from a Democratic president and Congress, or a Republican president and Congress. You say, "Williams, you don't show much trust in the White House and Congress." Let's check out their past dishonesty.

At its start, in 1966, Medicare cost $3 billion. The House Ways and Means Committee, along with President Johnson, estimated that Medicare would cost an inflation-adjusted $12 billion by 1990. In 1990, Medicare topped $107 billion. That's nine times Congress' prediction. Today's Medicare tab comes to $420 billion with no signs of leveling off. How much confidence can we have in any cost estimates by the White House or Congress?

Another part of the Medicare lie is found in Section 1801 of the 1965 Medicare Act that reads: "Nothing in this title shall be construed to authorize any federal officer or employee to exercise any supervision or control over the practice of medicine, or the manner in which medical services are provided, or over the selection, tenure, or compensation of any officer, or employee, or any institution, agency or person providing health care services." Ask your doctor or hospital whether this is true.

Lies and deception are by no means restricted to modern times. During the legislative debate prior to ratification of the 16th Amendment, President Howard Taft and congressional supporters said that only the rich would ever pay federal income taxes. In 1916, only one-half of 1 percent of income earners paid income taxes. Those earning $250,000 a year in today's dollars paid 1 percent, and those earning $6 million in today's dollars paid 7 percent. The lie that only the rich would ever pay income taxes was simply a lie to exploit the politics of envy and dupe Americans into ratifying the 16th Amendment.

The proposed tax increases that the White House and Congress are proposing will probably pass. According to the Washington, D.C.-based Tax Foundation, during 2006, roughly 43.4 million tax returns, representing 91 million individuals, had no federal tax liability. That's out of a total of 136 million federal tax returns. Adding to this figure are 15 million households and individuals who file no tax return at all. Roughly 121 million Americans -- or 41 percent of the U.S. population -- are completely outside the federal income tax system. These people represent a natural constituency for big-spending politicians. Since they have no federal income tax obligation, what do they care about higher taxes or tax cuts?

We can thank public education for American gullibility.

Gavin Newsom Taken to the Legal Woodshed at SCOTUS. Again.
Townhall
'I can't stay silent': High school math teacher says that 'antiracist' training 'is the opposite of truth in advertising'
Twitchy
Steak Umm Schools Us About Bottom Line Versus Being Woke
Redstate
[WATCH] CNN Director Admits Network Ran 'Propaganda' to Get Trump 'Voted Out'
PJ Media