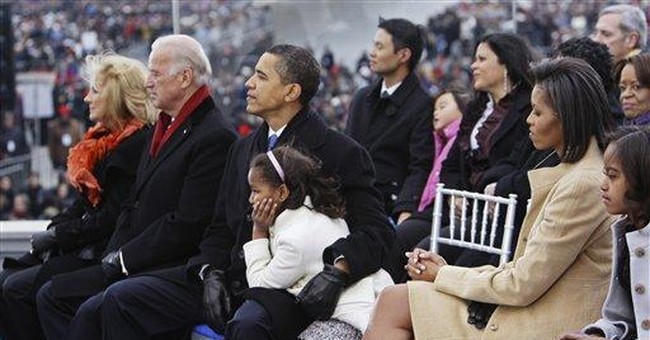 President Obama was sworn into office placing his hand on Abraham Lincoln's Bible. That is the last Bible I would use to be sworn into office. You say, "Why? Didn't Lincoln's Emancipation Proclamation free your ancestors?" It all depends where they were living. Let's examine the document's text to see why.

President Abraham Lincoln issued the Emancipation Proclamation on January 1, 1863, which reads, "That on the first day of January, in the year of our Lord one thousand eight hundred and sixty-three, all persons held as slaves within any State or designated part of a State, the people whereof shall then be in rebellion against the United States, shall be then, thenceforward, and forever free …" The key phrase is "in rebellion against the United States" because slaves remained slaves in states not in rebellion.

The Proclamation is specific about the states where slaves were freed, to wit: "Arkansas, Texas, Louisiana, (except the Parishes of St. Bernard, Plaquemines, Jefferson, St. John, St. Charles, St. James Ascension, Assumption, Terrebonne, Lafourche, St. Mary, St. Martin, and Orleans, including the City of New Orleans) Mississippi, Alabama, Florida, Georgia, South Carolina, North Carolina, and Virginia, (except the forty-eight counties designated as West Virginia, and also the counties of Berkley, Accomac, Northampton, Elizabeth City, York, Princess Ann, and Norfolk, including the cities of Norfolk and Portsmouth), and which excepted parts, are for the present, left precisely as if this proclamation were not issued."

Slaves in the excepted Louisiana parishes were not freed because those parishes were not in rebellion. Neither were slaves in West Virginia. By the way, West Virginia's June 1863 admission as a state, formerly a part of Virginia, was a clear violation of the Constitution's Article IV, Section 3, that reads in part "but no new States shall be formed or erected within the jurisdiction of any other State; nor any State be formed by the Junction of two or more States, or parts of States, without the Consent of the Legislatures of the States concerned as well as of the Congress." But what the heck, Lincoln had much of the Constitution under siege by then.

The hypocrisy of Lincoln's Emancipation Proclamation came in for heavy criticism. His Secretary of State William Seward said, "We show our sympathy with slavery by emancipating slaves where we cannot reach them and holding them in bondage where we can set them free." The New York World wrote, "He has proclaimed emancipation only where he has notoriously no power to execute it. The exemption of the accessible parts of Louisiana, Tennessee, and Virginia renders the proclamation not merely futile, but ridiculous." The London Spectator mocked, "The principle (of the Proclamation) is not that a human being cannot justly own another, but that he cannot own him unless he is loyal to the United States." Lincoln admitted in a letter to his Treasury Secretary Salmon Chase that his proclamation had no legal justification. Lincoln's motivation for proclamation was the war was going badly for the Union and there was the possibility that England and other European powers, who had recently abolished slavery, might give the Confederacy economic and political aid, but would not do so if the war was seen as a war against slavery. An excellent reference for this period is "The Real Lincoln" by Loyola College of Maryland's economics Professor Thomas DiLorenzo.

President Obama can be forgiven for celebrating the hypocrisy of Abraham Lincoln because the victors of wars write their history and glorify the winners. The recognition that slavery is a despicable institution does not require hero worship of a president who made the largest contribution to the unraveling of our Constitution. After all when it is settled by brute force that states cannot secede, as they thought they had the right to in 1787, then the federal government can ride roughshod over states and their people's right -- in a word make meaningless the Ninth and Tenth Amendments.