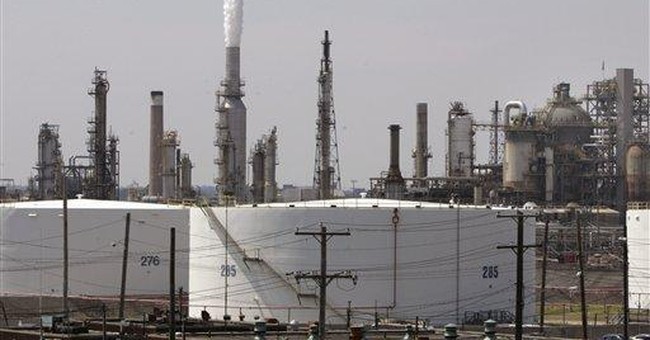 In searching for villains for rising food and oil prices, some commentators have turned to speculators, namely people trading on the Chicago Mercantile Exchange and similar exchanges around the world. A sample of the claims: "Biofuels and droughts can't fully explain the recent food crisis -- hedge funds and small investors bear some responsibility for global hunger." "The global food crisis is likely to persist if speculative investment by the corporate world is not reined in soon, warned a top expert responsible for reporting to the United Nations on human rights violations." "Financial speculators reap profits from global hunger."

Instead of condemning commodity speculation, we ought to recognize the vital function it serves. Let's look at it with a simplified example that captures the essence of speculation in commodity futures markets.

Say that today's price of corn is $6 a bushel. I have a hunch that because of future supply and demand conditions, such as drought, war and increased other uses for corn, that in May 2009 corn will sell for $12 a bushel. I stand to make a lot of money if I buy corn now for $6 a bushel, hold it, and in May 2009 sell it for $12 a bushel. Sure, I've made a bundle of money for myself but is my speculative activity deserving of condemnation? The answer is no; I've served a valuable social function.

Supposing my guess is correct about future supply and demand conditions and corn will be scarcer in the future, what is the socially wise thing to do now so that more will be available in the future? The answer is to use less corn now. How do you get people to voluntarily use less corn now? If you said, "Let the price rise," go to the head of the class. That is exactly what happens as other speculators and I buy corn now. Today's price of corn will be bided up. The result is people will use less corn now and more corn will be available in May 2009 than would be the case if the current price of corn remained at $6. The valuable function of futures markets is that of allocating goods over time. It is wise to take the future into account in decisions that one makes today.

The futures market is no bed of roses. My guess could be wrong. There could be a bumper crop of corn and its May 2009 price might be $3 a bushel. I'd have to sell corn that I bought today for $6 a bushel for $3 in May 2009 and suffer a big loss.

We all are speculators to one degree or another. Last August, my home heating oil company offered its customers a deal. I purchased 900 gallons of oil for a spot price of $2.64 a gallon. I made the purchase with the expectation that oil prices would rise over the winter months. The previous year, I purchased 900 gallons and lost because heating oil fell from the spot price at which it was purchased. Another example is when you expect gasoline prices to be higher next week; you fill up you tank this week.

The futures market, which takes into account both the present and the future availability of goods, is a vital part of a smoothly functioning economy. Unfortunately, that fact provides little comfort to people frustrated over the high prices of food and fuel. As such, it provides fodder for political demagogues, charlatans and quacks who rush in with blame and prepare "solutions" for the problems they themselves have created -- the high prices for food and fuel are directly linked to the policies of the White House and Congress.