Vijay Jayaraj
|
Posted: Nov 22, 2019 12:01 AM
Share   Tweet
The opinions expressed by columnists are their own and do not necessarily represent the views of Townhall.com. 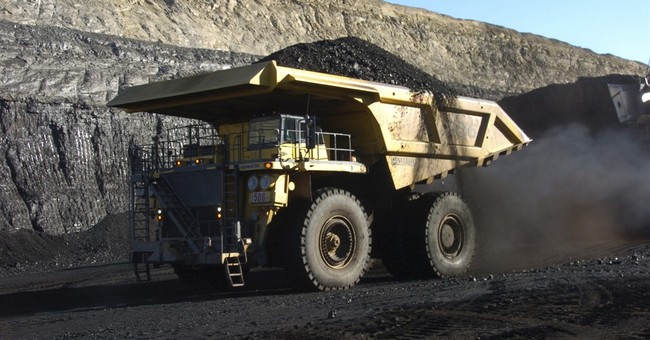 Last month, South Africa's government declared that it would increase the production of coal-fired energy.

It was a surprise to many in the climate-change scene. They had expected African countries to cut back on coal, especially after the African Development Bank (ADB) stopped financing coal projects.

Despite this, the African nations are sticking with fossil-fuel projects. But, how does Africa manage to fund them?

In sub-Saharan Africa, 620 million people—a third of the population—have no electricity. The remaining third have intermittent power supply, with constant outages. In such dire circumstances, one would not expect restrictions on fuel sources.

However, during last month’s UN climate summit, ADB’s president Akinwumi Adesina announced, “coal is the past, renewable energy is the future. For us at the African Development Bank, we are getting out of coal.”

Two decades ago, such a decision would have caused havoc. However, in recent years, Africa has found a new investor. ADB’s decision is at least partially offset by huge investments from developing countries and private energy firms.

The Grand Chinese Investment in Africa

Among the top investors in Africa’s energy market is China. It is already one of Africa’s biggest trade partners ($200 billion USD annually).

China’s energy investment in Africa since the year 2000 adds up to $41.6 billion USD. Chinese companies and contractors account for a total of 63 future power projects in Africa ($78.1 billion USD).

China’s investment in Africa is like a river of energy flowing through a parched landscape. It brings much-needed support while the anti-fossil movement has gripped traditional investors in Europe and North America.

Private energy firms are also investing heavily in Africa’s fossil fuel sector. In 2017, ExxonMobil bought a significant share in Mozambique’s Rovuma LNG complex. It is one of the biggest natural gas projects in Africa with proven reserves of 100 trillion cubic feet (tcf) and resource estimates of 150 tcf.

N.J. Ayuk (Forbes Top 10 Most Influential Africans in 2015) believes ExxonMobil’s participation in the Rovuma project will be ground-breaking for both Mozambique and all of Africa. It won’t be a surprise if ExxonMobil spends more of its $200 billion USD (the firm’s commitment for production of fossil fuels globally) in African offshore LNG projects.

Another source of foreign investment attraction has been the newly discovered oil fields in Uganda’s Albertine Rift Basin. In a couple of years, Uganda is set to join Nigeria as one of the top oil producers in Africa, with a combined production of 2.73 million barrels per day.

Energy problems in Africa are not exclusive to sub-Saharan, East, and West Africa. South Africa, the most developed African nation, continues to face power outages.

Coal contributes 77 percent of electricity consumed in South Africa. Their 10-year Integrated Resource Plan emphasizes the continued use of coal and forecasts that the country will derive nearly 60 percent of all its energy, not just electricity, from coal, despite an increased commitment to renewable energy installations.

The African Energy Chamber (AEC)  applauded South Africa’s decision to increase production of coal-fired energy. AEC’s website reads, “we believe in Africa, her people, natural resources and potential. Now is her time to shine in the global energy market.”

Although there is much hope for the continent from the oil and gas discoveries in the East, a steady inflow of aid from the West is also necessary to tackle the huge demand-supply gap in Africa’s energy sector.

Africa’s strategy for development should be a no brainer. An increase in fossil fuel-based energy production is crucial to its economic progress, as it has been for most developed economies in the West.

Vijay Jayaraj (M.Sc., Environmental Science, University of East Anglia, England), is a Research Contributor for the Cornwall Alliance for the Stewardship of Creation.