Vijay Jayaraj
|
Posted: Jun 03, 2019 12:01 AM
Share   Tweet
The opinions expressed by columnists are their own and do not necessarily represent the views of Townhall.com. 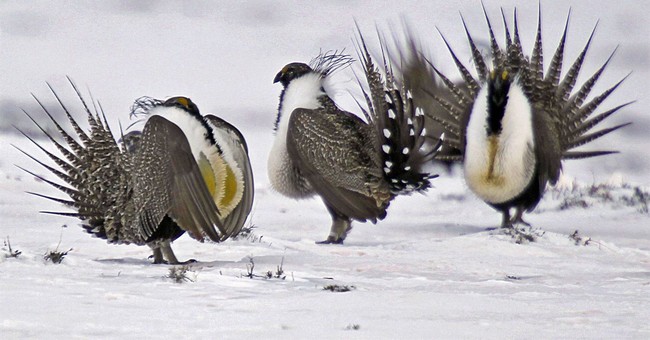 Will about a million species go extinct in the next few years if we don’t act to curb climate change?

An assessment report from the United Nations’ Intergovernmental Science-Policy Platform on Biodiversity and Ecosystem Services (IPBES) says so.

The mainstream media reacted with the credence a devout religious person would give to a sacred text. “1 Million Species Are Threatened with Extinction. And Humans are to Blame” was a typical headline.

But the claim was foolish. Why?

Like the periodic assessment reports on climate change from the UN’s Intergovernmental Panel on Climate Change, the report’s primary objective seems to be to blame humans for creating chaos.

While it is not impossible for humans to drive a species to extinction, extinction has been due mostly to unregulated hunting and exploitation of specific species for trade.

Elephants, tigers, whales, and a host of other mammals have faced (and some continue to face) the extinction from illegal hunting. While some, like the Tasmanian tiger, are already extinct because of excessive hunting, others are making a comeback after hunting was regularized or prohibited.

Other, smaller species linked in the ecological chain with these mammals are at risk if certain key species go extinct.

But the IPBES report blames not just hunting or habitat destruction but everyday activities of human civilization. It says the top three drivers of extinctions are land and sea use (general development, logging, mining, and harvesting), hunting and fishing (including trade), and climate change.

Governments around the world have established thousands of protected wildlife areas, not just on land but also in the sea. As an environmental scientist, I have worked in the Special Protected Area of Southern Portugal, home to numerous endangered and vulnerable bird species, and in the tiger reserve adjoining the Sahyadri hills in central India, where local communities cooperated with the government to protect tigers.

Tigers are making a comeback in India. Their population has increased by 30 percent in 8 years, from about 1,400 in 2006 to about 2,200 in 2014—a testament to the concentrated efforts to stop illegal hunting and protect habitats. Polar bear numbers have increased dramatically over the past 50 years. Protected areas are helping other endangered species to recover, too, like the 25 on this list.

With both hunting and habitat destruction regularized or restricted by all major nations, the IPBES’s report focuses on climate change.

But blaming climate change for extinction fails the test of truth.

First, there’s the problem that climate just isn’t changing as fast as feared.

Second, there’s the problem that even if global temperature were rising as rapidly as the IPCC warns, it wouldn’t threaten rampant species extinction.

My master’s degree focused on ecological responses to climate change. After completing it, I researched the impact of climate change on global marine life at some of the world’s leading research institutes.

In all my studies, I found hardly any evidence to support the IPBES’s outlandish claims about species extinction driven by human-induced global warming.

What would really threaten species? A new ice age. Not one like the Little Ice Age (LIA) (about A.D. 1350–1850, peaking around 1650–1750), though that did great harm to humanity as failed crops led to hunger and increased vulnerability to disease. Declining energy output from the sun over the next few decades could well put us back into something similar, though our improved agricultural and trade methods would likely prevent suffering on any scale remotely like what prevailed then.

The LIA doesn’t appear to have caused significant species extinctions. But a real ice age? That’s another story altogether.

The one that ended around 11,700 years ago saw vast stretches of the Northern Hemisphere under ice sheets up to 3 miles thick. It’s safe to say little survived under them. And in terms of ice age cycles, many scientists think we’re due for one “soon”—that is, beginning in the next thousand years or so.

A million species threatened by “climate change”? Well, climate change as defined by the UN Framework Convention on Climate Change (“a change of climate that is attributed directly or indirectly to human activity that alters the composition of the global atmosphere and that is in addition to natural climate variability observed over comparable time periods”) isn’t likely to bring about any warming exceeding that of the warm periods mentioned above.

Which of course means it’s not likely to drive millions of species extinct. In fact, it will be a miracle if the gradual change in climate causes any alarming extinctions at all.

Only illegal hunting and habitat destruction (despite protection by governments) continue to threaten endangered species. Even in the worst case, they won’t cause species extinctions in the millions.