Fracking, Energy Renaissance, and the Russian Resistance: Why does it Matter for Developing Countries?

Vijay Jayaraj
|
Posted: Jan 07, 2019 12:01 AM
Share   Tweet
The opinions expressed by columnists are their own and do not necessarily represent the views of Townhall.com. 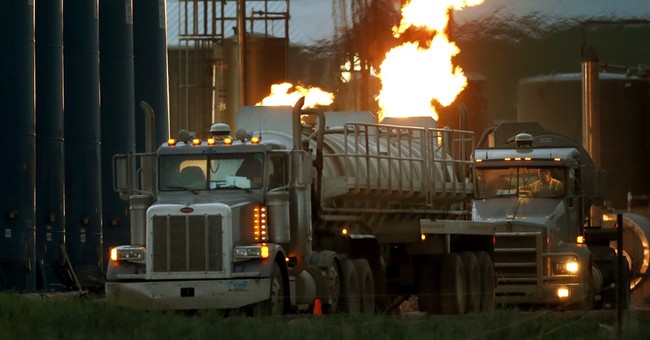 The U.S. sailed into an era of energy abundance following the natural gas boom. But the replication of the American energy story in other countries is facing a stern challenge from radical environmental groups.

Why is hydraulic fracturing important for developing countries and why should they be wary of radical environmental groups?

The shale gas boom in the U.S. has led to the American Energy Renaissance—a period of energy abundance from diverse sources such as shale gas, nuclear, coal, hydroelectric, renewables, petroleum, and others.

The U.S. energy sector’s current state of abundance would have been impossible without natural gas. In fact, it is fair to say that the natural gas boom turned the tables on the international energy market.

Shale gas production more than doubled between 2011 and 2016, and proven reserves (shale gas that can be extracted and used for energy) continue to rise as exploration continues.

The U.S. is one of the largest consumers of oil and gas. The discovery of shale and subsequent utilization of it meant an eventual decline in energy imports from Russia and others in the Middle East.

But all is not well with this shale-driven energy boom.

Radical environmental groups have been up in arms against shale gas because of the method by which it is extracted—hydraulic fracturing (also known as hydro-fracking, or just fracking). Anti-fracking activists have successfully lobbied against fracking across the globe, despite the scientific evidence that hydraulic fracturing is not harmful when all the safety procedures are followed correctly.

The American public is not the only target by anti-fracking activists. Russia is suspected to be behind the anti-fracking movements in the U.K—one of its other big natural gas customers.

Although the fracking fight in the U.S., U.K., and Europe is well documented in the international media, they seldom address the anti-fracking lobbying that is going on in the developing countries.

The largest contribution to global energy demand growth in 2040 (almost 30 percent of it) comes from India. The IEA predicts the shale gas revolution will be the key to many such developing countries meeting their growing energy demand.

Yet, international anti-fracking groups continue to advocate against shale gas in the developing countries.

Just like the U.S. and UK, India to is plagued by radical environmental groups that have been protesting against gas exploration. Soon after the government of India announced the contract for gas extraction, protests broke out in a few parts of the country.

Although portrayed to be a common man’s protest, the local people involved in these protests appear to be convinced by radical environmental groups to believe that the proposed hydrocarbon drilling will result in permanent environmental damage.

The environmental groups functioned similarly to the Natural Resources Defense Council (NRDC), which is infamous for its advocacy against fracking globally and is believed to be funded by Russia. Just like the U.S., the Indian government must treat these anti-fracking elements as a threat to their national energy security.

Brazil too has faced severe opposition to fracking but the government is determined to continue its oil and gas exploration projects.

Shale is indispensable for the future of our global energy sector, especially in the developing countries. Developing nations should continue their natural gas exploration and extraction in order to achieve their future energy goals. They should follow the example set by the U.S. and other recent natural gas producers like China.

The concentrated and focused efforts from radical environmental groups and Russia to impede the shale revolution will cause severe damage if not addressed appropriately.

A few radical environmental groups with funding from Russia should not be allowed to deprive people across the globe from their rightful access to an affordable and reliable energy source.