Vijay Jayaraj
|
Posted: Aug 25, 2018 12:01 AM
Share   Tweet
The opinions expressed by columnists are their own and do not necessarily represent the views of Townhall.com. 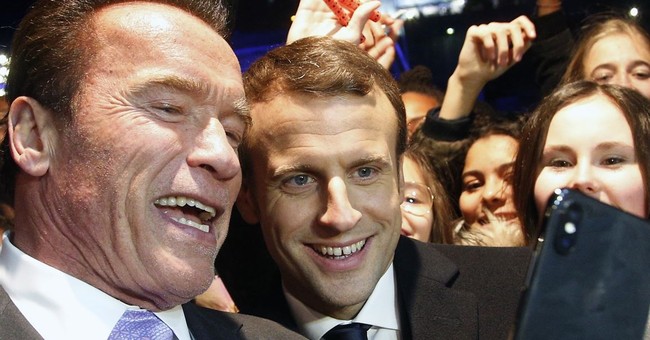 The Paris climate agreement’s momentum has taken another big hit with a new challenge. Brazil’s presidential forerunner has indicated that the country will quit the Paris agreement if he gets elected.

Will the outdated climate agreement survive the departure of developing countries?

BRIC is an acronym that refers to the countries of Brazil, Russia, India and China—countries that are at a similar stage of economic development and considered to be the big developing countries.

All these four countries signed the Paris climate agreement (2015), which required the 195 Signatory countries to reduce their carbon dioxide emissions to limit the increase of global average temperature to below 2°C above pre-industrial levels.

The signatory countries were expected to pursue their Intended Nationally Determined Contributions (INDC), which lay out their respective plans to curb carbon dioxide emissions. But there are no legally bounding conditions to make these countries not leave the agreement.

The Philippines was the first country to refuse ratification of the agreement. In 2017, the newly elected government in the U.S. announced that it would pull out of the Paris agreement.

But even before these events transpired, it was believed that the agreement’s primary hurdle would be convincing the big developing countries to reduce carbon dioxide emissions, since coal accounts for the majority of their energy production.

And expectedly, BRIC countries like China and India were the first to resist the proposed policies, and India proposed the concept of “climate justice.”

That was the idea that developed countries should pay developing countries compensation for the slowing down of their economic growth that would result from the mandatory transition from coal to more expensive renewable energy sources, as proposed in the agreement.

Despite the approval of such funding, both India and China continued to expand their coal consumption. They continue to import, export, and use coal extensively. At their current pace, neither country will ever achieve their emission targets as mentioned in their respective INDCs.

Russia, meanwhile, is quietly developing its coal infrastructure despite its claims of reducing carbon dioxide emissions. In 2015, Russia’s coal production stood at 186.37 million TOE (Tons of Oil Equivalent). It jumped to 206.33 million in 2017.

The country is expanding its coal infrastructure to enable more streamlined transport of coal across the country and to meet the increase in exports due to demand from its Asian neighbor China.

And the Paris climate express has now hit the last of the BRIC wall–Brazil.

Brazil’s presidential forerunner Jair Bolsonaro has promised to pull Brazil out of the Paris agreement if he is elected. This comes as no surprise. Brazil has been lagging behind its BRIC counterparts in the energy sector.

This is partly due to the unavailability of massive domestic coal reserves like those in India and China. Between 2010 and 2015, coal consumption in the country rose by 22 percent. To meet the growing demand, the country has increased its imports. More recently, China has aided its development of coal plants.

At this critical juncture of its energy development, Brazil cannot afford to abandon coal. And Bolsonaro’s victory could prove to be the ultimate boost for the development of energy infrastructure in the country.

The BRIC countries were about the only developing countries whose INDCs involved any reductions in future carbon dioxide emissions that might remotely be called serious. With a combined 41 percent of the world’s population, and 50 percent of the developing world’s population, their de facto failure to keep their INDCs—whether they formally pull out of the treaty or not—makes fulfilment of the treaty’s goal essentially out of reach, especially because most other developing countries’ INDCs didn’t come near serious reductions in projected emissions. (Not to mention that no country’s INDC is legally enforceable.)

That treaty’s emission goal, because it was based on computer models that exaggerate carbon dioxide’s warming effect by at least twice and probably more than three times, made no sense anyway, so the de facto failure is something to celebrate, not mourn. It should lead eventually to the complete collapse of the Paris agreement, which we should also celebrate because it will set developing nations free to overcome poverty, a far greater risk than climate change.