Bonn: Funeral for the Paris Agreement

Vijay Jayaraj  |  Nov 09, 2017
The opinions expressed by columnists are their own and do not necessarily represent the views of Townhall.com.
Top Columns
Trending on Townhall Media 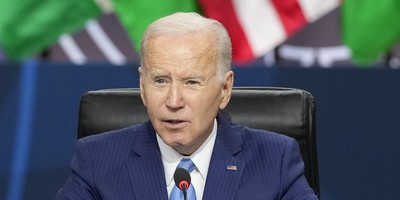 Media are abuzz with the climate conference at Bonn. The conference seeks to strengthen the commitments made by signatories of the Paris Agreement.

The UNFCCC, the wing of the United Nations responsible for ‘tackling’ climate change, has been advocating for immediate actions to mitigate what it calls Catastrophic Anthropogenic Global Warming (CAGW).

The storyline at climate change conferences remains the same—a continuous clarion call to decrease carbon dioxide emissions, the greenhouse gas they believe is pushing us all into an eternal inferno by increasing the Earth’s temperature to dangerous levels.

Is there a scientific basis for their claim? Will the Paris agreement remain intact?

This also re-affirms the research findings from historical temperature reconstructions of Earth’s past. Earth has experienced warmer temperatures during the past 2000 years and civilizations thrived during those periods. In contrast, it was the colder periods that made life difficult for humans and the world’s ecosystems.

These scientific developments are not the only hurdle for the Paris Agreement. The major roadblock is the U.S.'s withdrawal from the agreement.

America is the second biggest emitter of carbon dioxide and probably the biggest financial heavyweight. The pullout by President Trump has rendered the signatories clueless about the course of action.

Germany, despite committing an additional $50 million Euros this week, faces its own energy crisis. The country’s renewable industry failed to meet its energy demands, and the nation is set to miss its 2020 targets for emission reduction.

The water gets murkier when we consider the two biggest emitters from the developing world—India and China.

Both have made commitments that hardly affect their carbon dioxide emissions. And both are projected to miss their targets.

Tiny Fiji, assigned to lead the Bonn conference, has called for a revision of emission reduction targets set initially by individual countries. It demands a mandatory increase in targets for the signatories to achieve a higher emission reduction.

This has angered both India and China. The Paris agreement was intended to be a free and nonbinding agreement. It is highly unlikely that India and China will drastically alter their commitments.

The International Energy Agency has projected a massive increase of coal energy in Asia during the next two decades.

The urgency reflected at Bonn is merely an indication of the inevitable failure coming in the near future.

Climate alarmists, under immense pressure from the recent scientific and political developments, are pressing harder to create public hysteria about climate change, even as the empirical evidence mounts that added carbon dioxide has at most an insignificant effect on global temperature.

The Paris agreement is nothing but a futile exercise championed by greedy politicians and radical environmentalists, costing the world billions of dollars every year.

Some of the highest emitters in the developed and developing countries will never achieve their reduction targets. Bonn is likely the funeral procession of the Paris agreement.