Climate Science Is Changing from Alarmism to Realism

Vijay Jayaraj
|
Posted: Oct 27, 2017 12:01 AM
Share   Tweet
The opinions expressed by columnists are their own and do not necessarily represent the views of Townhall.com. 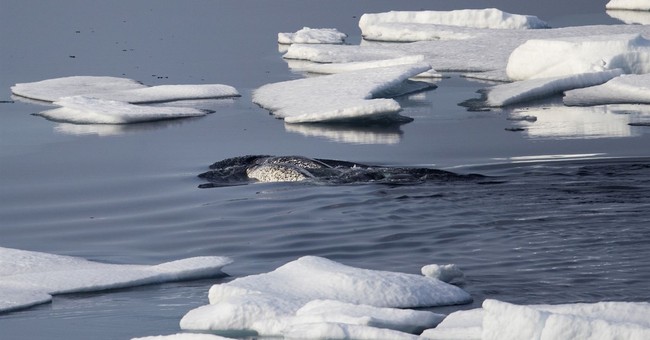 Climate science is about to make a tectonic shift. Here is why.

Lately, political groups have heavily influenced climate science. Carbon dioxide emissions from anthropogenic sources such as coal plants and industries have been accused of causing a dangerous increase in global temperature.

The Intergovernmental Panel on Climate Change (IPCC)—alarmists’ prefer ed source for the scientific understanding of climate change—has become a ministry of propaganda. Policies it advocates, like the Paris climate treaty, threaten to slow the conquest of poverty throughout the developing world.

Having worked with the academic research community, I find it very disturbing that political motives have disrupted the well-tested tradition of empirical, evidence-based science.

But careful analysis of data increasingly reveals that the rate of global sea level rise has remained relatively stable. The Arctic and Antarctic have not lost ice mass sufficient to accelerate sea level rise. Polar bear populations are rising. The tiny decline in ocean alkalinity—misnamed “acidification,” since ocean pH levels everywhere remain clearly on the basic rather than acidic side of the scale—has not caused significant harm to coral reefs, which have proven able to adapt.

Most importantly, the last 16 to 20 years or even more (depending on which database one examines) saw no significant rise in global temperature levels, though carbon dioxide emissions continued to increase. That absence of warming falsifies the computer models that are the sole basis of fears of dangerous warming driven by carbon dioxide emissions.

Despite being falsified by scientific evidence, alarmists’ myths continue to be treated as established facts in the mainstream media and political institutions.

But the reformation of climate sciences is beginning, driven by a shift in political leadership, which is re-establishing scientific integrity by instituting unbiased research funding.

During his campaign, Donald Trump promised that as President he would end domestic and international policies that harm America’s economic growth.

Earlier this year, he announced that the U.S. will pull out of the controversial Paris climate agreement, which required countries to surrender their rightful access to conventional energy sources that drive the rapid economic development that conquers poverty.

In early October the Environmental Protection Agency (EPA) announced the termination of the Clean Power Plan (CPP), which, had it survived serious court challenges, would have restricted the use of energy sources that had previously helped the country become an economic leader.

Additionally, in light of research that undermines the alarmist narrative, EPA Administrator Scott Pruitt is talking of instituting red team/blue team processes in EPA science (pitting groups of scientists with opposing perspectives against each other in testing hypotheses) and of revisiting, and possibly reversing, the EPA’s controversial “endangerment finding” in 2009 that carbon dioxide emissions threaten public health.

This reversal of climate policy by one of the world’s most important economic and political powerhouses will have a domino effect on all spheres of the climate alarmist movement and on all the countries that signed the Paris agreement.

That agreement already has become a failure in a number of key economies. Developing countries, under pressure from Western powers, made arbitrary, makeshift commitments. But they have not guaranteed their future participation, and the Philippines has already pulled out.

The ultimate demise of the climate alarmist movement will be at the hands of science.

Global temperature datasets from the past 20 years have proved that the models used by the IPCC are unreliable and faulty. So much so that the chief proponents of those models themselves conceded their failure to predict future temperatures.

Regardless of the future trajectory of global temperature, empirical data will likely support and sustain the current discoveries regarding the shallowness of the climate alarmist movement. Carbon dioxide emissions from human sources do not raise temperature to dangerous levels.