Victoria Stroup
|
Posted: Nov 05, 2016 12:01 AM
Share   Tweet
The opinions expressed by columnists are their own and do not necessarily represent the views of Townhall.com. 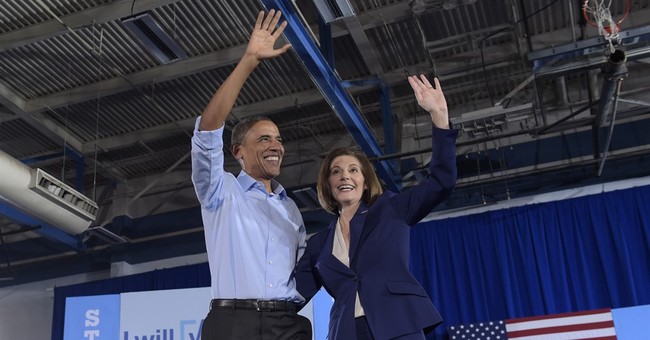 The Democratic Party is the party of racism. However, leftists argue that during the 20th century, racist Democrats either magically renounced their ways or became Republicans. This shift is attributed partially to Franklin Delano Roosevelt, but as Dinesh D’Souza reveals in Hillary’s America: The Secret History of the Democratic Party, FDR enabled racism.

The most glaringly obvious example of this is FDR’s appointment of James Byrnes and Hugo Black to the Supreme Court. James Byrnes, a South Carolinian and the only man to serve in all three branches of government, likely would’ve been a Klansmen were it not his ties to Catholicism. Hugo Black was a Klansmen who admitted on his deathbed he would’ve joined any organization to get votes.

Black participated in Klan events throughout Alabama. As a highly successful Klan lawyer, he was known for using epithets such as “n*gger woman” during proceedings. Black admitted to joining for self-serving purposes, and later said FDR told him “some of his best friends and supporters were strong members.”

Republicans were appalled at FDR’s appointments, but his cavorting with well-known racists went on. As D’Souza writes, when he became President, a pact he made required him to block anti-lynching legislation. It wasn’t a huge surprise when lynching rates skyrocketed, and FDR proved this with his nonchalant attitude during the whole ordeal. Did this darling of modern progressivism lighten up on his horrific racism? Not a bit.

His friends made another demand. This time, they wanted the South to receive more than its share in the New Deal programs, and that those programs exclude blacks.

The Tennessee Valley Authority (TVA), which aided construction along the Tennessee River, was adored by southern Democrats, as was the New Deal provision that jobs typically performed by blacks be excluded from federal benefits. The National Industrial Recovery Act and the Civilian Conservation Corps were essentially segregated benefits for whites. FDR’s administration denied loans to black families seeking homes in white areas.

Some New Deal programs benefited black Americans, who were among the hardest hit during the Great Depression, and thus, caused them to switch parties. By 1936, 75 percent of blacks became Democrats, whereas pre-1936, 90 percent of blacks voted Republican. Democrats were dumbfounded: how had they gotten so lucky as to gain the trust of the people they were hoping to oppress? Franklin Delano Roosevelt.

This is the problem modern Republicans are facing. Democrats have been using and manipulating entire races for nearly a century. For them, lying about their history while simultaneously gaslighting the American public is a walk in the park.

The merits of the second President Roosevelt’s administration can be debated, but regardless of where you stand on his individual actions, the fact still remains: the darling of modern progressivism didn’t blink at giving Klansmen high positions in his administration. He systematically aided a platform party shift which has doomed minority communities since 1936, and given way to the culture of identity politics we’re subjected to today.